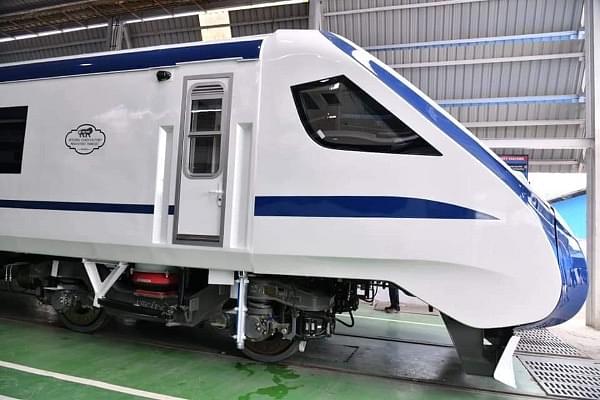 The Indian Railways is planning to introduce a high-speed train between Howrah and New Delhi, reports the Times of India. The high-speed engine-less train commonly known as Train-18 is cable of running at 160 km/hr and will cover the 1,400 km journey in approximate time of 12 hours.

The Train-18 trainset on this route will be the first of its kind in the Indian Railways. It is expected to roll out of the Integral Coach Factory (ICF) of Chennai. After necessary trials, the train will introduced on the Howrah-New Delhi route, said railway board member Rahesh Agarwal, on Sunday (28 October).

The Train-18 is similar to the electric multiple unit (EMU) rake, but is much sleeker in design and more luxurious. In this train all the coaches have traction motor which result in much greater acceleration. The trains will be more safer than conventional ones since the brakes can also be easily applied.

The semi-high speed train is set to undergo short runs near the ICF for five days, While doing so it will test braking systems and air-conditioning systems. Furthermore, it will familiarise the crew with the onboard systems before being moved to New Delhi. A special team from the Research Designs and Standards Organisation (RDSO) will monitor the speed trails at 150 km/hr in the Moradabad-Bareilly section and the Kota-Sawai Madhopur stretch for final trials at 160 km/hr.

The train which has several imported components which give it special features. The plush seats can be rotated 360 degrees to whichever direction in which the train is moving. In the executive class, they can also be moved to face the windows, which are continuous. Of the 16 coaches, there would two executive class ones 52 seats each. The rest will have 78 seats each. All doors are sliding and coaches have vacuum toilets like on planes. Infotainment and continuous WiFi have also been planned.