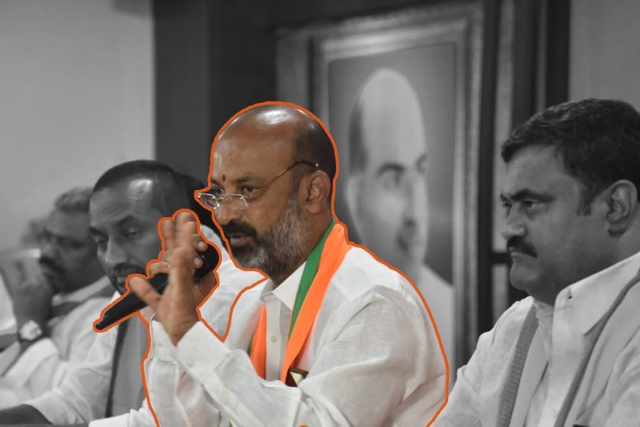 The BJP leader warned that if the Chief Minister failed to respond, he would be responsible for the movement to be launched by the party in the old city.

Alleging that temple lands are being encroached in the old city, Sanjay demanded the Chief Minister to recover these lands and hand them over to the endowment departments.

Sanjay, who is also an MP, alleged that the Majlis-e-Ittehadul Muslimeen (MIM) encroached endowment lands in the Chandrayangutta constituency and used the name of a Hindu to make fake documents and misled the court.

The BJP leader also claimed that the police officials colluded with MIM leaders and were trying to give endowment lands to a private individual. He alleged that the government lands are being encroached under the supervision of the Deputy Commissioner of Police.

Sanjay said the police official was targeting BJP workers to get postings, promotions, awards and rewards.

BJP MLA Raja Singh alleged that MIM was trying to encroach the Kalimata temple. He claimed that BJP workers resisted three attempts to grab the land.

The MLA alleged that the police beat up party workers, including women, when they tried to protect temple lands.