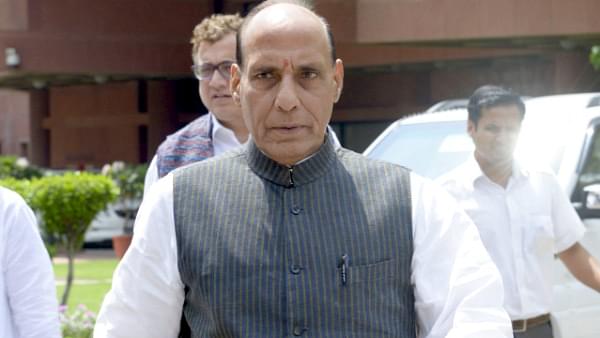 Home Minister Rajnath Singh said that the Balakot air strike was the biggest anti-terror operations in the history of India, reports The New Indian Express.

Taking a jibe on the opposition parties for asking the exact count of the terrorists killed during the IAF strikes, Rajnath said, “The opposition is saying the air force should have counted the bodies. As a home minister, with the backing of solid intelligence reports, I assert that the Balakot air raid is the biggest ever anti-terror operation carried out by India”, citing a report by an Italian journalist who said that 170 terrorists were killed in Balakot raids and many are getting treated in Pakistani Army’s hospitals.

Singh added, “India, under the leadership of Narendra Modi, has seen off the days of sending dossiers and now, we are ensuring action against terrorists”, addressing a rally in the Badarpur area.

Addressing an election rally in South Delhi, the BJP leader also took on Arvind Kejriwal’s Aam Aadmi Party(AAP) government in Delhi for failing to fulfil its pre-poll promises before being elected to power in 2015. “Had AAP kept its promises, there would have been no shortage of water, education, electricity etc. Delhi can develop only after the AAP is finished in the next assembly elections,” said Singh.