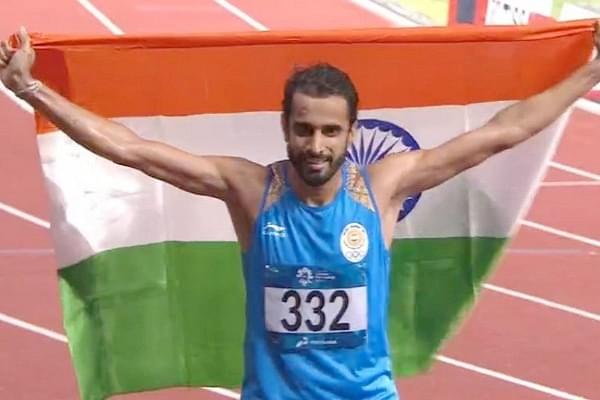 In a stunning run, India’s Manjit Singh and Jinson Johnson won the gold and silver medal at the men’s 800 metres track event in the ongoing Asian Games at Jakartan and Palembang. This is the first gold medal India has won at track events in this edition of the competition.

Singh won the race with a total time of 1.46.15 and was closely followed by Johnson who clocked a time of 1.46.35. The bronze was won by Sudan born Abubaker Abdalla who represents Qatar.

India had earlier lost out on at least four gold medals after being pipped to the top spot by ‘imported African talent’.

Such medals come on the heels of sprinter Dutee Chand qualifying for the finals women’s 200m event after topping her semifinal group.

Earlier in the day, the Indian hockey team stormed in the semis after beating Sri Lanka 20-0. At the start of the day India had suffered disappointment in the form of PV Sindhu and men’s compound archery team losing their gold medal matches.