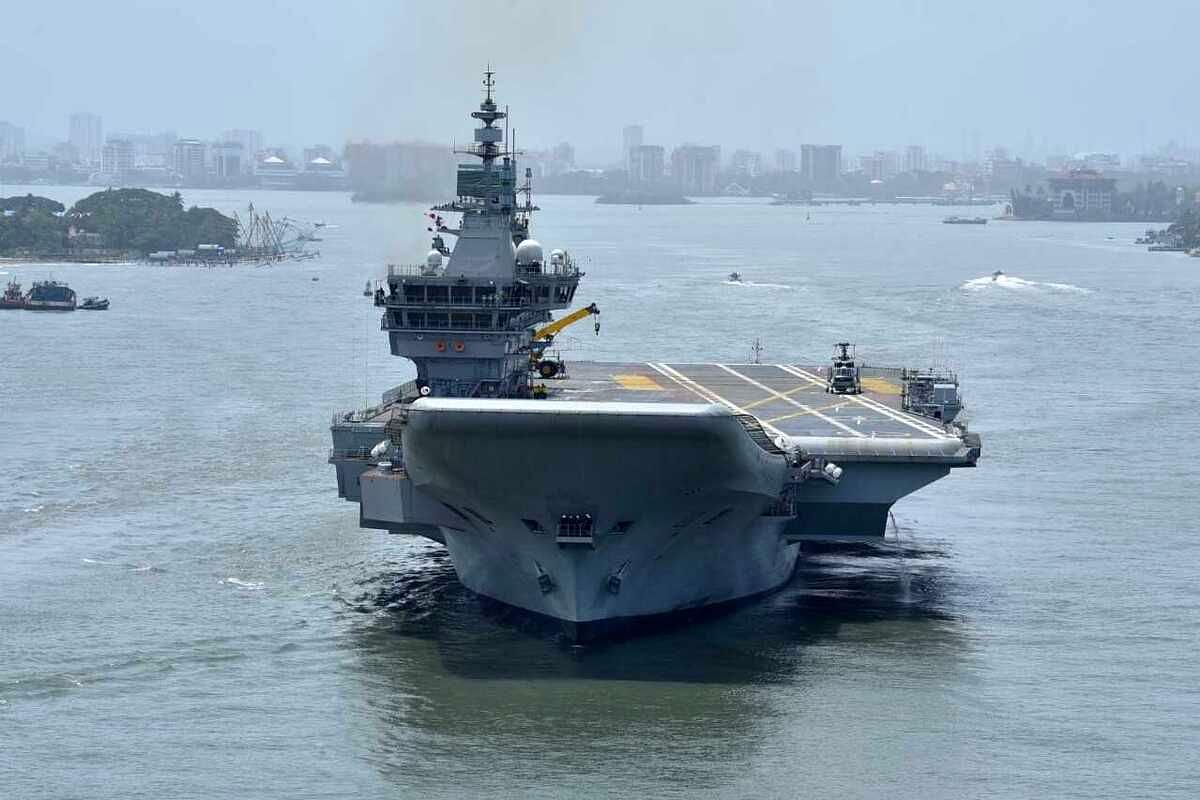 India's first indigenous aircraft carrier, Vikrant, has completed the fourth and final phase of sea trials ahead of its scheduled commissioning into the Indian Navy on 15 August this year, the Indian Navy has said.

The Navy has released new images of the carrier undergoing trials at sea. The MiG-29K fighter of the Navy, which operate from its only active carrier INS Vikramaditya, can be seen on Vikrant's deck in these images.

Advanced Light Helicopter (ALH) Dhruv, a utility helicopter designed and developed by state-owned Hindustan Aeronautics Limited, can also be seen operating from the aircraft carrier's deck, with a MiG-29K fighter and a Kamov anti-submarine warfare helicopter in the background.

On 5 July, PTI reported that the Navy would procure deck-based fighters for Vikrant under the government-to-government route.

The Navy has shortlisted Boeing’s F/A-18E Super Hornet and Rafale M aircraft produced by the French aerospace major Dassault Aviation for procurement. Both the aircraft had demonstrated their operational capabilities at the land-based ski-jump facility in Goa, and the Navy is now preparing a detailed report on their performance.

“Based on the report, we will move forward on the procurement process,” said one of the people cited by PTI, adding the acquisition will be under the government-to-government framework.

Unsatisfied with the performance of its MiG-29Ks, the Indian Navy had expressed interest in buying new fighters for its carriers in 2017.

Moreover, with the induction of Vikrant in August this year, the Indian Navy will have two aircraft carriers but not enough fighters to keep both warships operational, experts have pointed out.