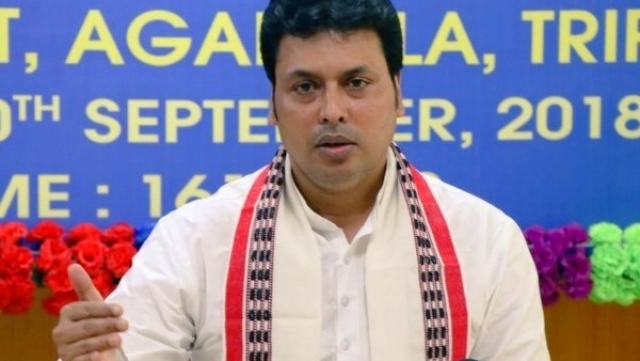 In a bid to attract students from South East Asian countries like Myanmar, Thailand, Cambodia, Laos and Sri Lanka, The International Buddhist Confederation plans to set up a Buddhist university in Tripura, reports Indian Express.

“We met Chief Minister Biplab Kumar Deb at his office in Tripura secretariat last week. We have requested the state government for the legislation of a university Act,” International Buddhist Confederation Secretary General Dhammapiya was quoted as saying by Indian Express.

"A lot of students are interested in learning Buddhist culture in South East Asian studies. However, academic institutions set up so far have not sufficiently attracted them," he added.

Dhammapiya is the founder of the Dhamma Dipa (Buddhist) Foundation at Manubankul in South Tripura district. He was elected secretary general of the International Buddhist Confederation in 2017, an international body of Buddhist world leaders.

Setting up the university in Northeast India is ideal since the region shares a cultural affinity with neighbouring South East Asian nations.

The project will cost around Rs 100 crore, as per initial estimates.

“We hope to have experts from Malaysia do the planning for the institute. The final cost is yet to be estimated. We shall request our large Buddhist community to bear the expenses”, he said.

The university will offer Buddhist education along with courses in other disciplines of modern education as well.