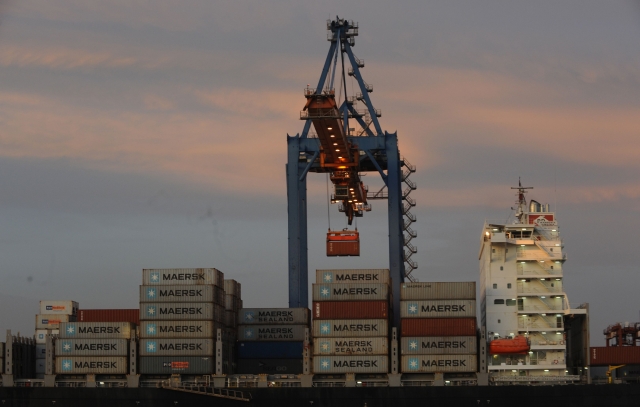 This September 21, 2017 photo shows a container being loaded onto a ship at the Vizag Terminal, operated by Essar Ports, India. (INDRANIL MUKHERJEE/AFP/Getty Images)

According to the daily, the Central Board of Excise and Customs (CBEC) has imposed an anti-dumping duty of $1,685.42 per metric tonne on import of the chemical. The duty will remain in place for a period of five years.

Chemical Phosphorus Pentoxide is used as a desiccant and dehydrating agent. It is an important raw material for the chemical industry.

A probe was carried out by Directorate General of Anti-Dumping and Allied Duties (DGAD) after a complaint from Sandhya Dyes & Chemicals to determine the “existence, degree and effect” of the alleged dumping.

In its probe, the DGAD concluded that the import was damaging the domestic chemical industry as it was being exported to India below the normal value.

India had imposed anti-dumping duty on as many as 98 products, including chemicals, imported from China in December last year.