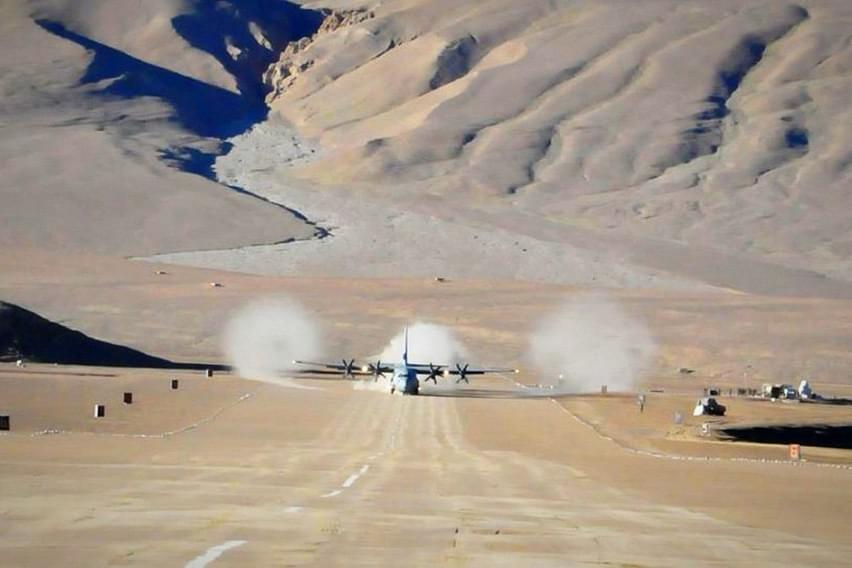 India will build seven new Advanced Landing Grounds (ALGs) along the border with China in Arunachal Pradesh for the Indian Air Force (IAF) apart from modernising the eight existing ones, Sputnik has reported.

In a display of strength by the @IAF_MCC , Smt @nsitharaman along with Chief of Air Staff, Air Chief Marshal B S Dhanoa oversees the taking off of Su-30 aircraft from Pasighat ALG amidst the challenging terrain of Arunachal Pradesh.#GaganShakti2018 @PIB_India @SpokespersonMoD pic.twitter.com/tuMDb5KGvU

"The Advanced Landing Grounds (ALGs) of the IAF in Arunachal Pradesh will be further built as part of the modernisation. We will develop all of them and even expand some in the frontier areas, that's certain," Sitharaman said.

Air Chief Marshal Birender Singh Dhanoa confirmed this, "As part of the expansion plan, seven more ALGs will be constructed for military operations in Arunachal Pradesh in addition to the existing eight ALGs in the easternmost state."

For the exercise, which began on 10 April, the IAF has mobilised more than 1100 combat, transport and rotary wing (helicopter) aircraft to conduct all terrain operations - desert, high altitude, maritime and special operations - in real time scenarios. Over 300 officers and 15,000 airmen have also been mobilised to participate in the exercise.

The IAF recently landed its C-130J Super Hercules transport aircraft at the ALG located in Mechuka, a small town in the West Siang district of Arunachal Pradesh. The ALG, operationalised in 2016, is located at an elevation of about 1830 metres.