India To Extend Range Of BrahMos Missile To 800 Km, Test The New Variant By Year-End 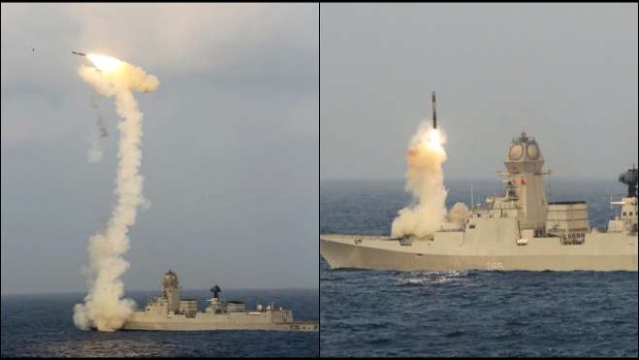 India is set extend the range of BrahMos cruise missile to 800 kilometres and test the new variant by the end of this year, Hindustan Times has reported.

The range of the missile has already been extended to 400 km from its original range of 290 km and successfully test fired the missile in March 2017. India was able to increase the range of the missile, developed by an Indo-Russian joint venture after it became a member of the Missile Technology Control Regime (MTCR). Countries which are not members of the MTCR are not allowed to purchase or jointly produce missiles with a range of more than 300 km with countries inside the club. Russia was a member of the group, while India joined it in 2016.

According to the report, the range of air-launched BrahMos will also be extended ro 800 km. The air-launched version of the missile, called BrahMos-A, was successfully test fired from a Sukhoi Su-30 MKI fighter of the Indian Air Force for the first time against a target in the Bay of Bengal in November 2017. “It will be a significant leap forward for the BrahMos project. Air force fighters will be able to attack targets from increased standoff ranges,” an official said.

“The Sukhoi has a range of 3,600 km. Arming it with an 800-km range missile will increase its reach tremendously, and even more, considering the option of midair refuelling,” he added.

India plans to modify Su-30MKIs of the IAF to carry the air-launched BrahMos-A, two of which have already undergone structural and software changes.

The effort to arm IAF’s upgraded MiG-29s, Rafale jets and Indian Navy’s MiG-29Ks are also underway. For this, lighter and smaller-diameter versions of the supersonic cruise missile are being developed.

Also Read: Why Su-30 Plus BrahMos Will Be India’s Most Potent Weapons Package