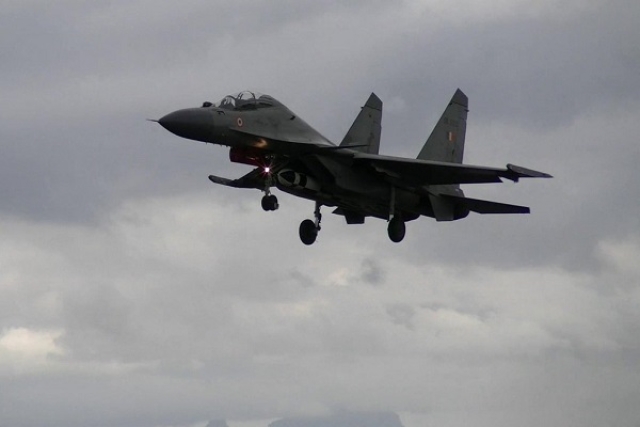 The Indian Air Force has announced that it has successfully carried out a test of the air version of the supersonic BrahMos cruise missile. The test was carried out successfully using a frontline Su-30MKI fighter jet which was able to destroy a ground target using the missile.

As per the IAF, the missile followed the exact trajectory set during the test and had a direct impact upon its target.

BrahMos missiles can be launched either from land, sea or air, and are a medium range weapon that can destroy enemy targets with pinpoint accuracy. The successful testing of the air version of the missile marks a new achievement for the IAF as coupled with advanced superiority fighters like the Su-30MKI, it produces a deadly combination against the enemy on any battle arena.

The missile has been developed by BrahMos aerospace, which is itself an Indo-Russian joint venture between the DRDO from India and NPO Mashinostroyeniya from Russia.