Indian Army Providing Winter Kits, Equipment Worth Over Rs 1 Lakh To Each Soldier Deployed At Siachen 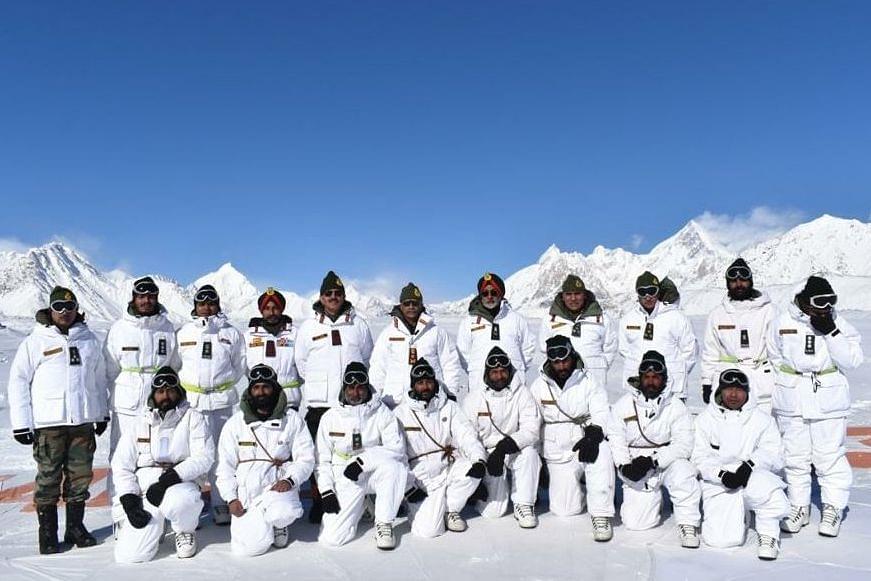 The Indian Army is now giving its jawans a personal kit worth over Rs 1 lakh each during their deployment on the Siachen glacier to fight harsh weather conditions in the world’s highest battlefield, reports India Today.

The kit includes equipment worth around Rs 1.5 lakh, which can be used by the soldiers for survival and moving around the Siachen glacier during the deployment.

During his trip to the Siachen glacier in the second week of January, Indian Army Chief General Manoj Mukund Naravane had closely checked the equipment and personal kit of the troops.

In the personal kit, the soldiers have been provided with the multilayered extreme winter clothing worth Rs 28,000 each along with the special sleeping bag which costs around Rs 13,000.

The equipment provided to the troops include an Oxygen cylinder that costs around Rs 50,000 per piece. The oxygen level at such high altitude is very low and that’s why oxygen cylinder is required for the troops.

Other equipment and gadgets for detecting avalanche victims are also being provided to the soldiers.