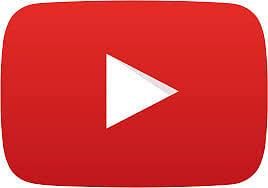 The YouTube Music app launched on Tuesday (12 March) is a music streaming app which will help users explore and have a more personalised experience than ever before, reports Telecom Talk.

YouTube Music is reportedly a one stop shop for all music, “The days of jumping back and forth between multiple music apps and YouTube are over. Whether you want to listen, watch or discover, it’s all here,” the company was quoted from the official press release.

The app will offer official songs, albums, thousands of playlists and artist radio plus remixes, live performances, covers and music videos and so much more.

The new #YouTubeMusic app is here! Explore the world of music uninterrupted - ad-free, offline, and in the background. Rolling out in India now â https://t.co/KafHZ1I8ft pic.twitter.com/nwrzLqufSb

The ad free premium version of the app will cost users Rs 129 per month, which will also include background and offline play features across all of YouTube. Those with a Google Play Music subscription, will get YouTube Music as part of their existing plan at no additional cost. There is also a standard version which comes free but with support ads.

YouTube Music is said to take on music streaming apps like Gaana, JioSaavan, Amazon Music, Apple Music, and others.