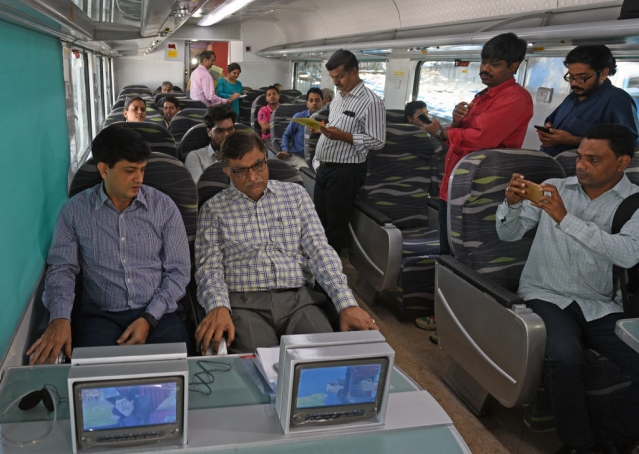 A new Anubhuti coach which has arrived at the Mumbai Central coach depot. (Satyabrata Tripathy/Hindustan Times via Getty Images)

All the Shatabdi and Rajdhani Express trains under Northern Railways have undergone an upgrade of replacing the couplers in order to ensure smoother journeys without causing any jerks. By the end of this year, all the trains across the country are expected to undergo the same.

Couplers are devices that connect coaches with one another. They are being replaced by Centre Buffer Coupler (CBC). The new draft gear (device that connects the coupling to rolling stock) is being used by Indian Railways to act as a shock-absorber that will ensure a jerk-free journey for the passengers.

As a part of Operation Swarn, Indian Railways has been involved with upgrading the aforementioned express trains such as the Shatabdi and Rajdhani. Furthermore, modular toilets, cleaner coaches are to be expected as the Railways has invested as much as Rs 50 lakh per rake to overhaul the same. This comes in fear of losing out the business to the aviation industry. Thanks to new airline policies such as UDAN, the airfare has been significantly lower compared to the fares before.

Financial Express reported that the railways has been rationalising the flexi-fare scheme. Under this, those trains with low occupancy will be removed.