India’s First World-Class Railway Stations At Habibganj, Gandhinagar To Be Inaugurated By January 2019 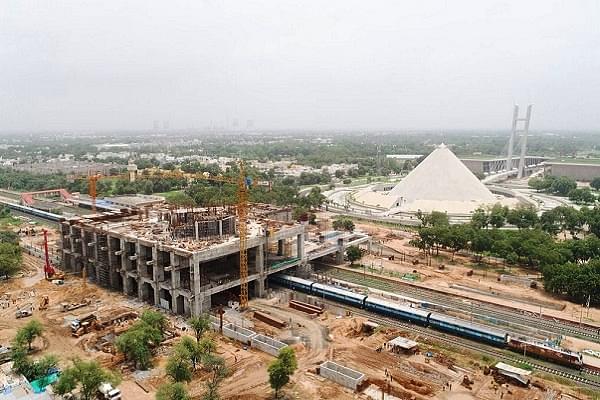 The first two world-class railway stations of India equipped with state-of-the-art amenities at Habibganj in Madhya Pradesh and Gandhinagar in Gujarat will be ready by January 2019, Financial Express has reported.

The report quoted MD and CEO of Indian Railway Stations Development Corporation (IRSDC), SK Lohia, as saying that redevelopment work for both the stations is expected to be complete by January to February next year. He also said that the work on both stations is progressing as per plan.

IRSDC is the executing agency for the ambitious stations revamp project of Indian Railways, these state-of-the-art railway stations are being constructed as part of the government's Rs 1-lakh crore redevelopment plan.

In order to decongest the station, exit underpass is being built for passengers de-boarding trains. On the western side of the station, there will be commercial establishments, a bus terminal and offices.

Service apartments will be built outside the station along with hotels, hospitals, spas and a convention centre, the first of its kind in India.

The Indian Railway Stations Development Corporation (IRSDC) and the Bhopal-based Bansal Group are developing the station. Bansal group will operate and maintain the station for eight years.

Gandhinagar railway station is being redeveloped in a record two-year time after its foundation stone was laid in January 2017. Around Rs 250 crore have been allocated for the redevelopment of it. The project is a special purpose vehicle (SPV) between the IRSDC and the Gujarat government.

The centre of attraction at the station will be a five-star hotel comprising 300 rooms. The ground floor of the hotel, having three buildings intact together and resembling the shape of petals, will be 22 metres above the ground, while the railway track will pass underneath it.