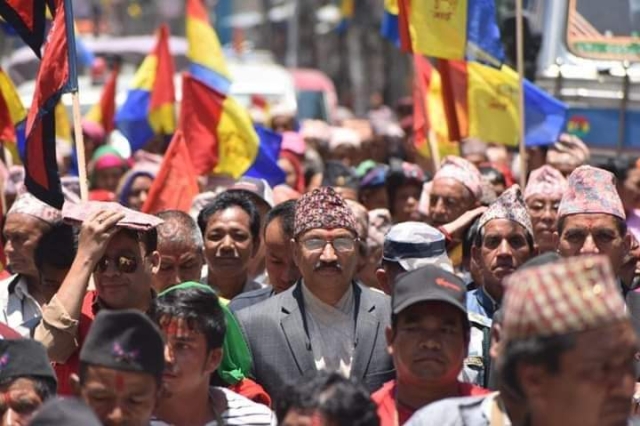 The chairman of Rastriya Prajatantra Party tweeted today morning, replying to a news report about the president of Nepal calling Christmas, among other festivals, ‘a valuable asset that must be protected’.

The tweet read: “Christmas is our heritage !! How? There were less than a dozen converts to Christianity in Nepal before Vikram Samvat 2007 [1950 CE]. Is conversion now our culture and heritage?”

Before, Thapa had wished “Merry Christmas to all Christian brothers and sisters on the occasion of Christmas”.

In another tweet, Thapa, shared a recent speech of British prime minister Boris Johnson where he pledged to stand up for Christians and their faith.

“Would Nepal's PM K P Sharma Oli say the same for 94 per cent of Nepal’s population?” he asked in the tweet.

Not only in Nepal, but discontent has been simmering against the proselytisation techniques of Christian missionaries, which are often manipulative, deceitful, and promote hatred of indigenous cultures and customs.

The Pope also recently criticised the approach of proselytisation by Christian missionaries.

Also read: Is Christmas A Cultural Appropriation By Christianity? Its Pagan Origins And Dispute Over Jesus’ Birth Date