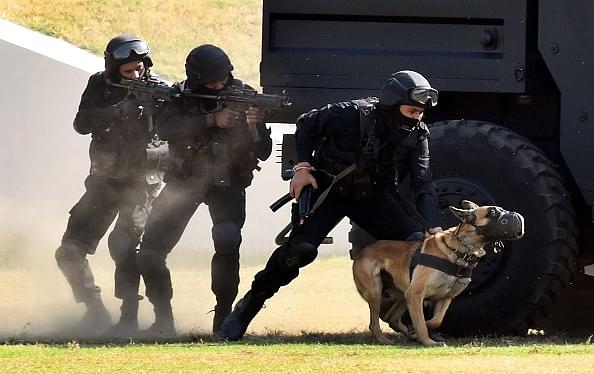 In a major development, elite National Security Guard (NSG) commandos have been deployed by the Government near Delhi's Buddha Jayanti Park in the Ridge Road area from where one ISIS operative was arrested on Friday (21 August) night, reports Hindustan Times.

The ISIS operative was arrested by the special cell of Delhi police after a shoot out in the said area. He was identified as Abdul Yusuf Khan, a resident of Uttar Pradesh. Upon his arrest, the Police recovered two improvised explosive devices (IEDs) from his possession. A pistol was also recovered from him.

As per the details shared by the Deputy Commissioner of the special cell Pramod Kuswaha, a police team had received information about Khan's movement in the ridge area between Dhaula Kuan and Karol Bagh following which the special cell laid a trap.

Later, an exchange of fire ensued post which he was arrested. As per Kuswaha, Khan was a lone wolf who had planned an attack in the national capital. Kuswaha had also added, "We will share more details during the day."

The police believe that Yusuf has some other companions in Delhi who were helping him and raids are being conducted across the capital to get hold of them.