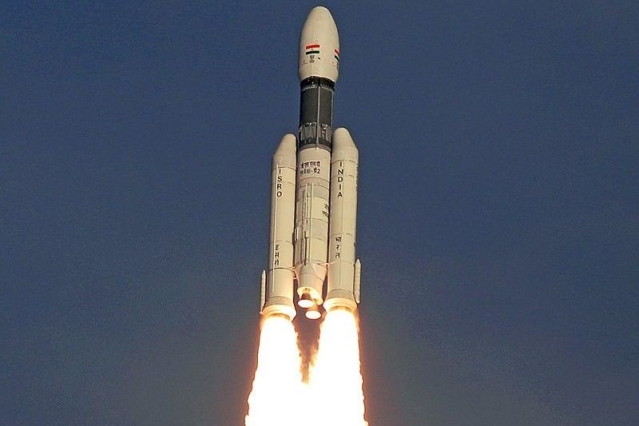 The Indian Space Research Organisation (ISRO) has planned to launch the GSAT-31 communication satellite from the French Guiana on 6 February, the Times of India reports.

The report quotes ISRO Chairman K Sivan saying, “GSAT-31 is a high-throughput communication satellite planned for launch from Arianespace, French Guiana on 6 February.” He adds the GSAT-31 will replace the fading INSAT-4CR and will be used for high-speed internet, telecommunication services and broadcasting.

Sivan also said that the space agency plans to operationalise the PSLV- C45 in March. which will, in turn, launch the advanced electronic intelligence satellite EMISAT.

After EMISAT, ISRO will launch the earth observation satellite Cartosat-3 in the PSLV-C46 mission, followed by the radar imaging satellite RISAT 2BR 1 in the PSLV-C47 for reconnaissance and strategic surveillance. Scientists from the Vikram Sarabhai Space Center (VSSC) said that the dates are yet to be finalised.

The 2,600 KG-satellite GSAT-31 will be launched in the Geosynchronous Satellite Launch Vehicle (GSLV-MK III), which is also stated to thrust the second moon mission Chandrayaan-2 in April. VSSC scientists said that the Chandrayaan-2 would be a complete indigenous project and includes an Orbiter, Lander and Rover.

For the mission to the moon, the spacecraft weighing 3,980 KG would be launched using the GSLV-MK III, which would orbit the moon, studying its conditions while collecting data of the moons surface, minerals and exosphere.

The spacecraft, after touching the 100-km lunar orbit, will detach the lander, know as “Vikram” which will slowly descent to make a soft landing at a selected spot on the moon. The lander will, then, deploy a six-wheeled rover. The instruments in the rover will then observe and study the surface of the moon.