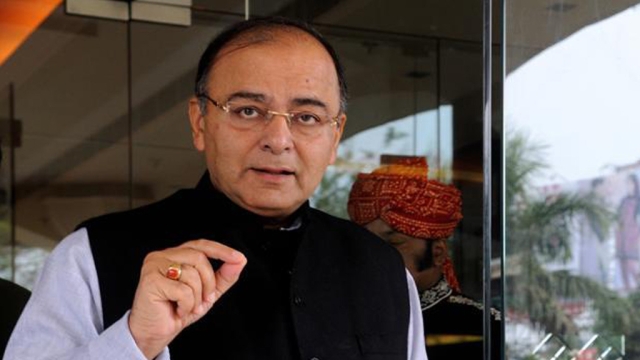 The government is working on additional measures to bolster economy, Finance Minister Arun Jaitley said today (20 September) while maintaining that inflation is well under control. GDP growth hit a three-year low of 5.7 per cent in the last quarter that ended in June. The minister said an announcement with regard to the additional steps will be made after consulting Prime Minister Narendra Modi.

Jaitley has held a series of meetings in the past few days with some of his ministerial colleagues and senior government officials to take stock of the situation and firm up steps to push up growth.

On inflation, Jaitley said it is still within the statutorily fixed monetary policy target of 4 per cent. "During monsoon period, vegetable prices generally go up. This is spike period. When it is 3.36 per cent in the spike period, it is under control as per the traditional Indian standard," he said. Retail inflation hit a five-month high of 3.36 per cent in August.

"We have taken note of all economic indicators which are available... the government will take any additional moves which are necessary. I am not in a position to announce today in the press conference. I will be certainly consulting the prime minister before that and when we decide, you will come to know," he told reporters here.

"We have been taking appropriate actions... we have been consistently moving on the reform agenda," he stressed. Two years ago, India was touted as a rare bright spot in a gloomy global economy, with GDP growth outpacing a slowing China.

But since early 2016, GDP growth has fallen for six consecutive quarters, slumping to a three-year low of 5.7 per cent in the April-June quarter, with India losing the fastest growing economy tag to China for the second straight quarter.

Sectoral reasons and action points would be prepared, sources said, adding that high-level discussions with ministries such as the railways have been held to assess the capital requirement for the year and more such meetings would follow.

"We have taken note of all indications which are coming and over the last two days, I have had a series of discussions with some of my colleagues, secretaries and other experts within the government," the minister said.

Apart from a falling GDP growth rate, exports are facing strong headwinds and the industrial growth is the lowest in five years. The current account deficit (CAD) -- the difference between inflow and outflow of foreign exchange – rose to 2.4 per cent of GDP in April-June. PTI