Jammu And Kashmir: Hurriyat Launches Initiative To Bring Back Kashmiri Pandits To Valley 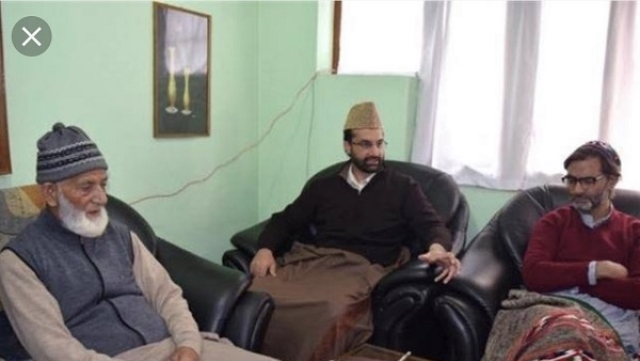 In a sudden drift in the state of Jammu and Kashmir, the separatist body Hurriyat Conference, led by Mirwaiz Umar Farooq has decided to initiate a dedicated movement to facilitate the return of Kashmiri Pandits in the Kashmir valley, who had left in thousands after militancy erupted in the state in 1989, reports Hindustan Times.

Farooq on Friday revealed that a committee comprising of Hurriyat Conference and Kashmiri civil society was being set up in association with migrant Pandits still living in the valley to coordinate the process.

“The return of Kashmiri Pandits is a humanitarian problem and the concept is to involve all. In principle, we have decided to work with Kashmiri Pandits and civil society to build trust. Inter community interaction is very important,” said Farooq.

Satish Mahaldar, the leader of the Pandit delegation in response to the announcement confirmed his participation in the initiative by stating, “Yes, we will be part of the committee. Mirwaiz is a leader of Kashmir and we are the body and soul of Kashmir. Together, we will fight for peace and the return and rehabilitation of Kashmiri Pandits. Mirwaiz regretted whatever happened in the 1990s and told us everybody here wants us to return.”