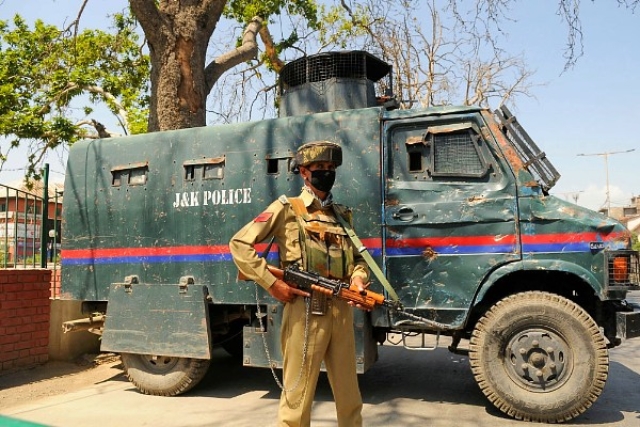 At least seven individuals were injured in a grenade attack by the terrorists on a police station in Pulwama district of Jammu and Kashmir on Tuesday (18 June), reports Livemint.

According to the report, the officials informed that the grenade was lobbed towards the police station but it exploded on the roadside, causing injuries to seven passers-by. Thereafter, the area was cordoned off by the security forces and the injured were immediately taken to a nearby hospital.

Earlier in the day, the security forces gunned down two Jaish-e-Mohammad (JeM) terrorists, including one whose vehicle had been used to carry out the suicide bombing attack on the Central Reserve Police Force (CRPF) convoy in Pulwama on 14 February.

The encounter took place in Marhama village of Anantnag district in South Kashmir. According to the police, the slain terrorists, identified as Sajad Ahmad Bhat and Tawseef Ahmad Bhat, were both residents of Maharma and had links with JeM.

Sajad, according to the police records, was the owner of the vehicle which was used for carrying out the blast in Lethpora in Pulwama district killing 40 CRPF personnel.

In another incident on Monday (17 June), nine security personnel were injured as terrorists targeted an Army convoy with an improvised explosive device (IED) blast in Pulwama district of Jammu and Kashmir.