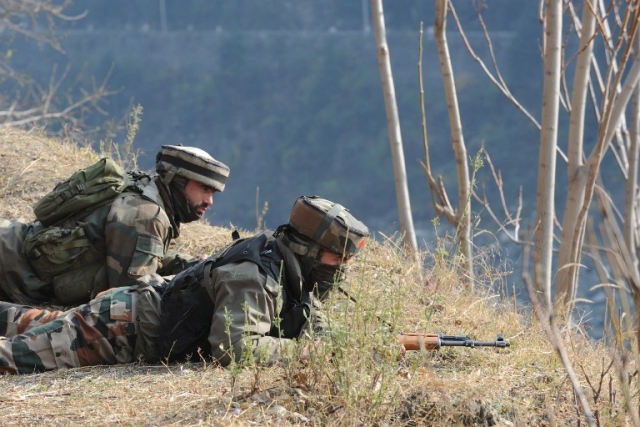 One civilian was injured on Saturday (14 March) in the ceasefire violation by Pakistani troops along the Line of Control in Mendhar sector of Poonch district in the Union Territory of Jammu and Kashmir, reports ANI.

Earlier on Friday (13 March), Pakistani troops had violated the ceasefire by firing small arms and shelling in the Mankote sector of the Poonch district.

The Centre on 4 March had informed the Lok Sabha that there have been as many as 646 incidents of ceasefire violations along the India-Pakistan International border as well as the LoC in just two months of January and February this year.

Indian Army earlier this month had used anti-tank guided missiles and artillery shells at Pakistani army positions opposite Jammu and Kashmir’s Kupwara sector. This action was a direct retaliation against the Pakistan Army’s persistent ceasefire violations aimed at pushing in terrorists across the Line of Control.

On 14 February, a civilian was killed in an unprovoked firing during a ceasefire violation by Pakistan in Shahpur and Kerni sectors in Jammu and Kashmir's Poonch.