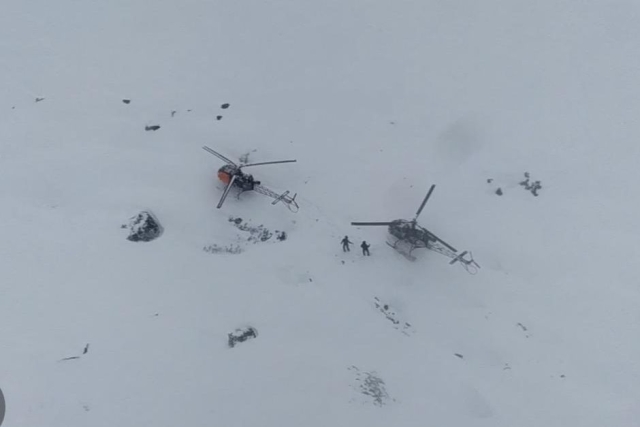 In a daring operation, four IAF crew and Air Dispatch personnel left stranded on the icy heights in north Sikkim were rescued on Friday (8 May), officials said.

Defence spokesman Lieutenant Colonel P Khongsai said that a team of Army men helped by Army and Indian Air Force helicopters were pressed into service to undertake the daring evacuation of personnel left stranded due to emergency landing of IAF helicopters on Thursday (7 May) in an inaccessible area.

"Braving blizzards and undulating terrain, which required synergy between helicopters and ground-based rescue parties, the rescue mission stands testimony to the spirit of the armed forces. The operation demanded pushing to the limits, both man and machine, for the successful extrication of the stranded crew," he said.

Lt. Col. Khongsai said that the stranded personnel braved inclement weather for many hours before they were evacuated.

"Immediately on receipt of information on Thursday, the Indian Army rescue columns along with personnel of the ITBP moved on foot over dangerous terrain in bad weather to the helicopter landing site to evacuate and provide medical aid to the evacuees, for which an ITBP doctor had accompanied the team."

Later, Army and IAF helicopters were launched at the stroke of dawn on Friday, which executed a daring landing on an unprepared ground at an altitude of 15,500 feet to rescue the stranded personnel.