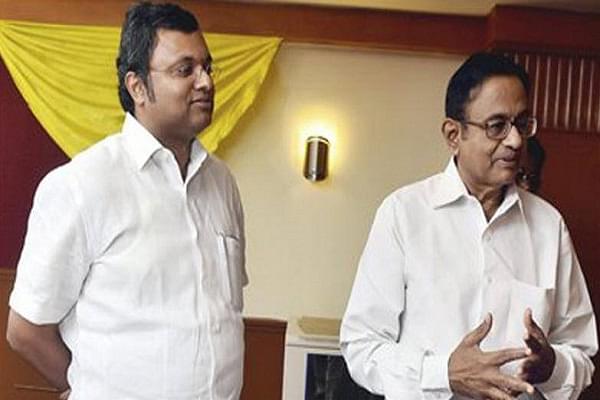 In a reprieve for former finance minister P Chidambaram’s son Karti Chidambaram, a Supreme Court bench headed by Chief Justice of India Ranjan Gogoi has allowed him to travel outside the country on the condition that he deposits Rs 10 crore at the court registry, reports The New Indian Express.

The bench also directed Karti to cooperate with the ongoing investigation in the INX Media and Aircel Maxis cases. He has been told to appear for questioning by the Enforcement Directorate on 5, 6, 7 and 12 March in these matters.

Karti will now be free to travel anywhere between 10 and 26 February. Prior to his travels, he will need to submit an undertaking stating that he is going to return and cooperate with the probe.

"Please tell your clients that he will have to cooperate. You have not cooperated. We wanted to say a lot of things. We are not saying them right now," the court said.

Karti had requested the court to allow him to travel to France, Spain, Germany and the United Kingdom for the next few months to visit some international tennis tournaments. The plea contended that Karti has had an association with the game as a former player and an administrator and entrepreneur these days.

The ED had argued that Karti, who is facing criminal proceedings in the matters going back to his father’s tenure as finance minister, was ‘blatantly misusing’ the freedom of movement given to him by the court in a bid to prolong the probe.