Kashmir: Jihadis Begin Fighting Among Themselves As Pro-Pak And Pro-Caliphate Groups Wage War For Domination 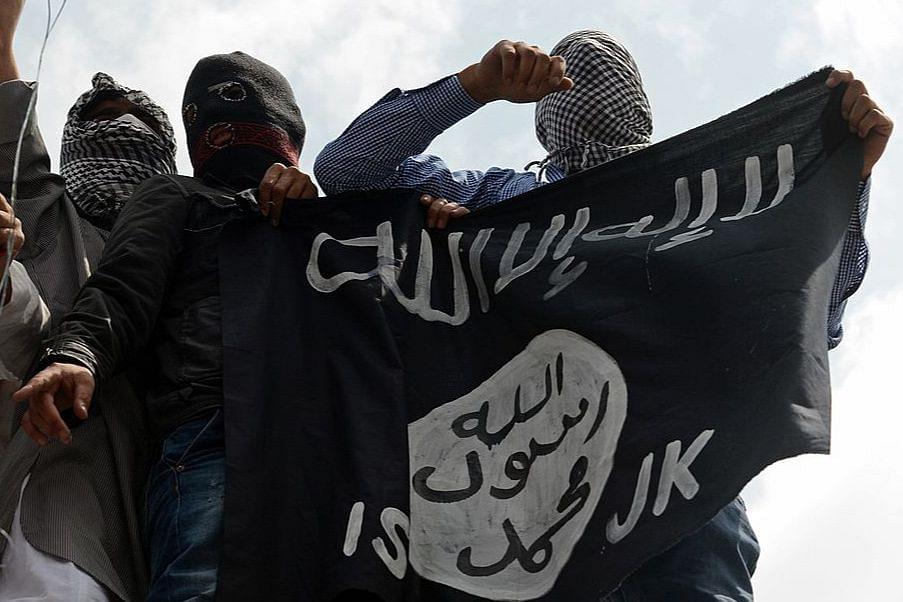 IS flags in Kashmir (TAUSEEF MUSTAFA/AFP/GettyImages)

Kashmir's internal turmoil has now assumed the shape of a fight to dominate the Jihadi space in the region by the pro-Pakistani and pro-Caliphate terror groups, reports Times of India.

“In the 90s, hundreds of Jammu and Kashmir Liberation Front (pro-azadi) militants got killed by tip-off provided by Hizbul Mujahideen. Today, the affiliates of ISIS and al-Qaida in Kashmir, ISJK or Wilayah-al-Hind and Ansar Ghazwat ul-Hind (AGuH) are now vying for the same space which once was a turf war between pro-azadi and pro-Pakistan groups,” a senior police officer was quoted in the report as saying.

Al-Qaida's global chief Ayman-al-Zawahiri had recently announced that the jihad in Kashmir was for establishing Caliphate and that the valley needed to be freed from the clutches of Pakistan's ISI and army.

As per the report, this new war began in 2014 when masked youth in Srinagar first began waving pro-Caliphate Islamic State flags. The idea of establishing Islamic Caliphate soon began to capture the minds of the militant youth of the valley.

However, a section of counter-terror experts suspects that Pakistan has been strategically holding back pro-Pakistan groups and paving way for pan-Islamist terror groups in Valley to create an impression that it has taken meaningful steps to end cross border terrorism and it has nothing to do with Kashmir’s home grown Jihadi movement.