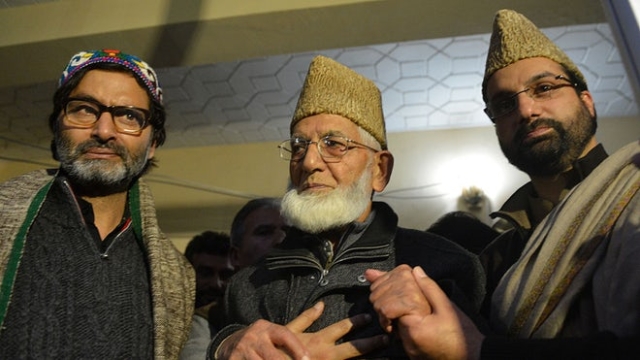 The Muslim Conference (MC), a constituent of the moderate Hurriyat Conference, has split into two factions as the rebels expelled veteran separatist leader and president Abdul Gani Bhat for meeting the Centre's special representative for Kashmir, Dineshwar Sharma.

In a letter to Mirwaiz Umar Farooq, the chairman of the moderate Hurriyat Conference, the MC said it had appointed a new chairman, Muhammad Sultan Magray, for a period of six months.

"As you know, Bhat's secret meeting with Sharma has been a cause of concern for the party and the people of Kashmir. In this backdrop, a meeting of the MC leaders was held, in which it was decided that Magray would be the new president of the outfit for a period of six months," the letter read.

The expulsion comes amidst reports that Bhat had met Sharma on the latter's second visit to the state. The new MC president, in the letter issued yesterday, said the Hurriyat should contact him for any future correspondence with the outfit.

However, Bhat, on his part, expelled the representative of the MC's Pakistan chapter, Manzoor Ahmad Bhat, at whose behest he was expelled from the Hurriyat. In a letter addressed to Manzoor and counter-signed by Mirwaiz Umar Farooq, Bhat said he had expelled him as the representative for Pakistan for indiscipline. (PTI)