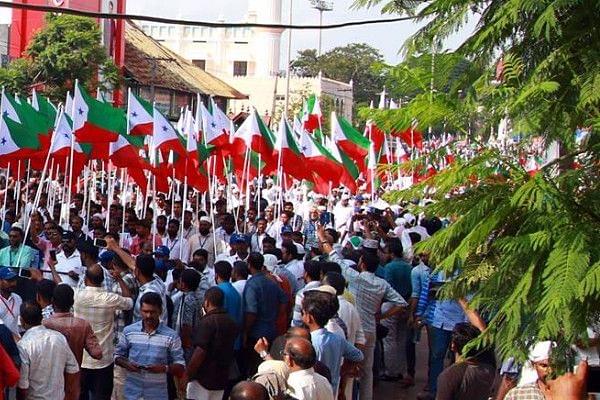 Pursuing the investigation in Kerala Gold Smuggling Case vigorously, the National Investigation Agency (NIA) has arrested six persons including Mohammed Ali, an activist of radical Islamic group Popular Front of India (PFI). Mohammed Ali is among those chargesheeted in the brutal attack on Prof T.J Joseph that occured in 2010.

Mohammed Ali and another Muvattupuzha resident Muhammad Ebrahim were arrested by NIA officers arrested in Tiruchirappalli, Tamil Nadu on Saturday (Aug 10). The agency has so far arrested 10 persons in the gold smuggling case.

In 2010, in a Talibanseque act, the activists of PFI chopped off the hand of T. J. Joseph, a professor of Malayalam at Newman College. PFI activits attacked Joseph after alleging that the professor had committed an act of blasphemy while setting a question in the Malayalam semester examination paper for second-year BCom students. Instead of supporting him, the Christian minority institution suspended Joseph from service with effect from September for ‘hurting’ the religious sentiments of a community

Mohammed Ali among others were chargesheeted by Kerala Police for the brutal attack on Joseph in 2011. However he was later acquitted.

NIA has alleged that Muhammad Ali Ebrahim and Mohammad Ali helped A M Jalal, another accused who was earlier arrested by the Customs, in collecting the smuggled gold from key conspirator K T Rameez. The two are also accused of assisting Jalal in distributing the booty among other conspirators.

NIA has so far arrested ten persons in the case.