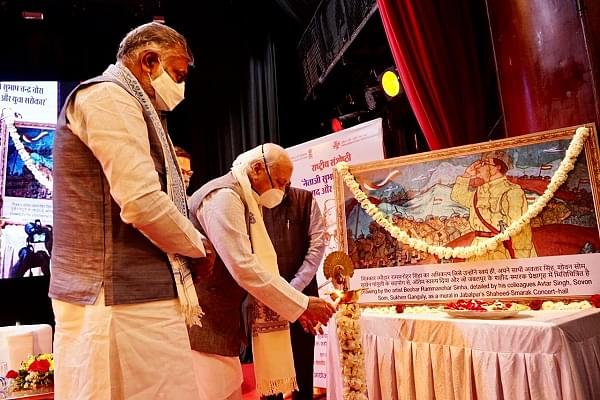 Commemorating the 125 birth anniversary of Netaji Subhash Chandra Bose, the Indira Gandhi National Center for Arts (IGNCA) under the Ministry of Culture has organized a day-long National seminar at Jabalpur in Madhya Pradesh on Friday (5 March).

Governor of Kerala Arif Mohammad Khan inaugurated the program and the Minister of State for Culture and Tourism, Prahlad Singh Patel presided over the function, the Ministry of Culture said in a statement.

On this occasion, Arif Mohammed Khan described Netaji as 'Dhirpurush' and said that he was not worried about condemnation, praise or death. He added that Netaji set an example of supreme sacrifice.

Minister Patel said that Netaji has a deep connection with Jabalpur and it was from here that his life took a turn. He said Netaji Subhash Chandra Bose is a source of inspiration for the youth.

The minister opined that all this while justice was not done to Netaji, and now their government is making sincere efforts to make up for it. It is in this sequence that Netaji's birth anniversary (23 January) has been declared to be celebrated as 'Parakram Divas' across the country, he said.