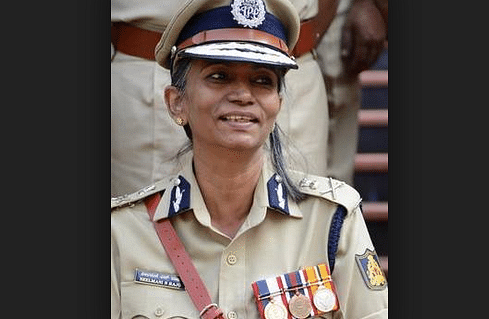 Karnataka Director General of Police (DGP), Neelamani Raju, has refuted reports of her transfer by the Congress-Janata Dal (Secular) government after a complaint by West Bengal Chief Minister Mamata Banerjee, The News Minute has reported.

Banerjee, who had to walk a short distance to the Vidhan Soudha for H D Kumaraswamy’s swearing-in, was irked with what she reportedly termed as lack of adequate arrangement for her welcome.

A visibly distressed Banerjee was seen reprimanding the DGP and then going on to complain to JD(S) leaders H D Deve Gowda and Kumaraswamy.

Mamata had to walk a short distance as several vehicles blocked the road to the swearing-in venue. This was unseemly according to Banerjee, who felt that the traffic arrangements for the event were not upto the mark.

“I am only the CM designate, not the CM until the floor test is over. I cannot make decisions about who should be transferred. Neelamani Raju has not been transferred now,” Kumaraswamy was quoted by the portal as saying.

JD(S), which leads the coalition government, has only 38 seats in the assembly and relies heavily on the Congress which holds 78 seats. The swearing-in saw the entire opposition coming together as a show of strength against the BJP.

Earlier, DNA had reported that the DGP has been transferred following Mamata’s public display of anger during the swearing-in ceremony.