Latest In The ‘Rasgulla Wars’: After Banglar Rasogolla In 2017, Now Odisha Rasagola Gets GI Tag 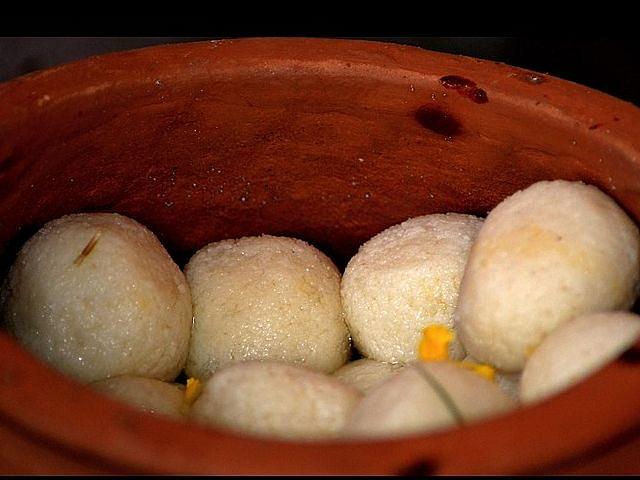 In the latest development in the long simmering ‘Rasgulla Wars’ between Odisha and West Bengal, Odisha has now obtained a Geographical Identification (GI) Tag for ‘Odisha Rasagola’, The New Indian Express has reported.

While citizens from both the West Bengal and Odisha claim that the sweet’s origin lies with their states, West Bengal had made the first move to acquire proprietorship over the dish. It had subsequently been granted the GI Tag for 'Banglar Rasogolla' in 2017.

However, Odisha now has a reason to cheer as the dish, having huge cultural and religious significance in the state, having acquired the GI Tag too. MP and Union minister from the state celebrated the achievement in a tweet.

Sweetest news for every Odia across the world.

Offered to Lord Jagannath as bhog, the #OdishaRasagola is an inseparable & ancient part of Odia culture & cuisine.

GI tag for #OdishaRasagola is yet another time for us Odias,to celebrate with a bite of the mouthwatering delicacy. pic.twitter.com/zUGyHruGWz

The proprietary rights for the sweet has been granted to the Odisha Small Industries Corporation Limited (OSIC) and Utkal Mistanna Byabasayee Samiti, Odisha by the GI Registry in Chennai. The bodies had submitted the documents detailing the sweets unique features, method of preparation, nutrient contents among others.

The OSIC officials have thanked Lord Jagannath for having successfully acquired the tag. They however, continue to hold the view that West Bengal had been given the 2017 tag erroneously.

Ramakrushna Dasmohapatra, Chairman of the OSIC expressed his delight at the achievement. "This is a much need recognition for the syrupy delicacy that has been closely associated with the rituals of Lord Jagannath for centuries. We had placed our case strongly before the GI Registry that Rasagola was invented in Odisha and is being offered to the Lord at Srimandir in Puri for centuries," he said.