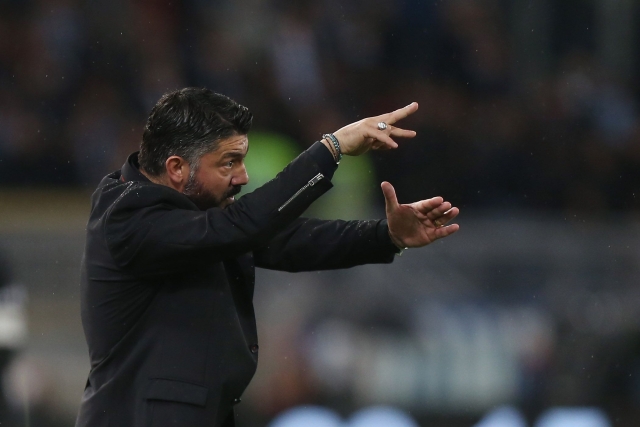 Much to the chagrin of fans, a confrontation with politics has yet again rocked the sports world in Italy.

The Deputy PM of Italy, Matteo Salvini who also happens to be a fan of Italian team- A.C Milan, was in attendance during Milan’s 1-1 draw with Lazio on Sunday. After the game, Salvini criticised Milan’s coach Gennaro Gattuso’s tactics of approaching the game.

“If I had been Gattuso I would have made some substitutions, the players were tired, I don’t understand why he didn’t change something in the second half,” Salvini told Italian television after the match. The minister, then went on to questioned Gattuso’s stubbornness reports the Tribune.

“We had at least three who were exhausted with the heavy rain and the muddy pitch. Can someone explain this Gattuso stubbornness to me?,” he asked while adding, “When I saw a three-man defence today, I started praying.”

Guttuso retorted back to the deputy PM’s comments, saying “It drives me crazy, with all the issues this country has that Salvini has time to chat about AC Milan.”

In India also, there have been numerous occasions when politicians ‘played’ with various sports. Several sports bodies have been accused of sidelining sports in favour of political considerations. After a long drawn battle, the Supreme of India had to appoint Lodha commission to oversee the reform of BCCI, the apex body for cricket in India.

Zafar Iqbal, who won the Gold medal in Moscow Olympics in 1980 had recently warned against mixing politics with sports. He said that sports was an area that had so far remained immune from politicisation. “Without unity, teams cannot win,” said Iqbal, adding that players never think of their religion or caste but only the country and that’s why we continue to win.