'Lord Ram Is At The Centre Of Belief Of Dalits': Ambedkar Mahasabha Donates Silver Brick To Bhavya Ram Mandir 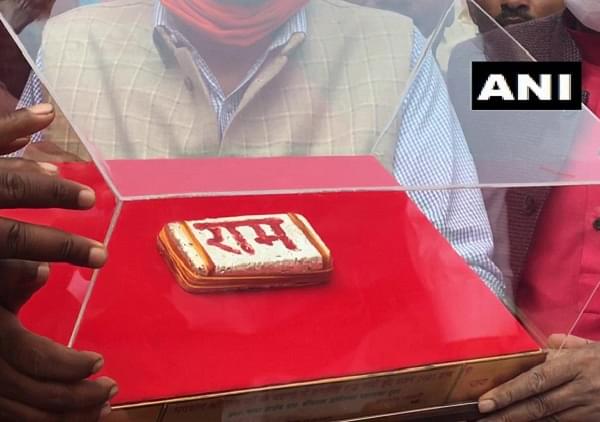 The Ambedkar Mahasabha Trust has donated a silver brick for the construction of a grand Ram Temple in Ayodhya, reports BusinessWorld.

"We have donated a silver brick to Ram Temple trust. We are sending the message that Lord Ram is the centre of belief of Dalits. Adivasis were with Lord Ram when he went to fourteen-year exile to forest. We want a grand temple to be built in Ayodhya for Lord Ram," said Dr Lalji Prasad Nirmal, chairman of Ambedkar Mahasabha Trust.

Anil Mishra, a member of Shri Ram Janmbhoomi Teerth Kshetra, the trust overseeing the construction of the temple, welcomed the Ambedkar trust's donation of silver brick for Ram temple, stating that people are donating to the trust wholeheartedly.

The temple trust is conducting a fundraising campaign from 14 January to 27 February.

The donation drive began with the President Ramnath Kovind contributing Rs 5,00,100 for the construction of the grand Ram temple.

Within a month from the beginning of fund collection drive, the account of Shri Ram Janmbhoomi Teerth Kshetra has received Rs 1,511 crore in donations.