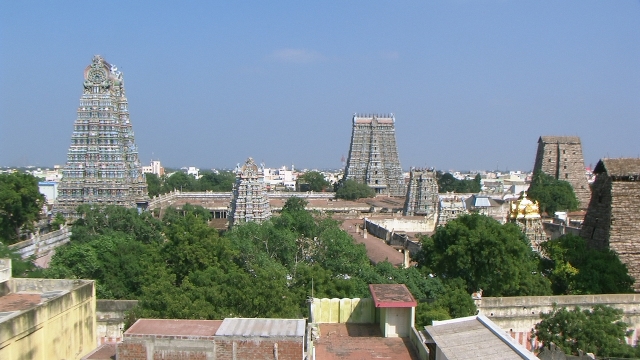 The Sri Madurai Meenakshi Sundareswarar Temple has been adjudged as the cleanest iconic place in the country under Swachhta Hi Seva (cleanliness is service) programme, reports The Hindu.

The report states that the Madurai City Corporation is set to receive a special award from the Centre as part of the Swachh Bharat Abhiyan. Madurai District Collector K Veera Raghava Rao and Corporation Commissioner S Aneesh Sekhar will receive the award today, (2 October) from Uma Bharati, the Minister for Drinking Water and Sanitation.

Earlier this year the central government identified ten iconic places under the Swachh Bharath Mission in the country. The Madurai temple earned the top slot from among these iconic places.

The Times Of India quotes Dr Sekhar as saying that the Meenakshi temple project focuses on cleaning the periphery of the temple. The cost of this mammoth task was about Rs 11.65 crore and was sponsored by Bharat Petroleum Corporation Limited as part of its Corporate Social Responsibility. “We have been awarded for the swift progress that has been made until now. We are proud that we have been chosen among the other ten iconic places,” he said.