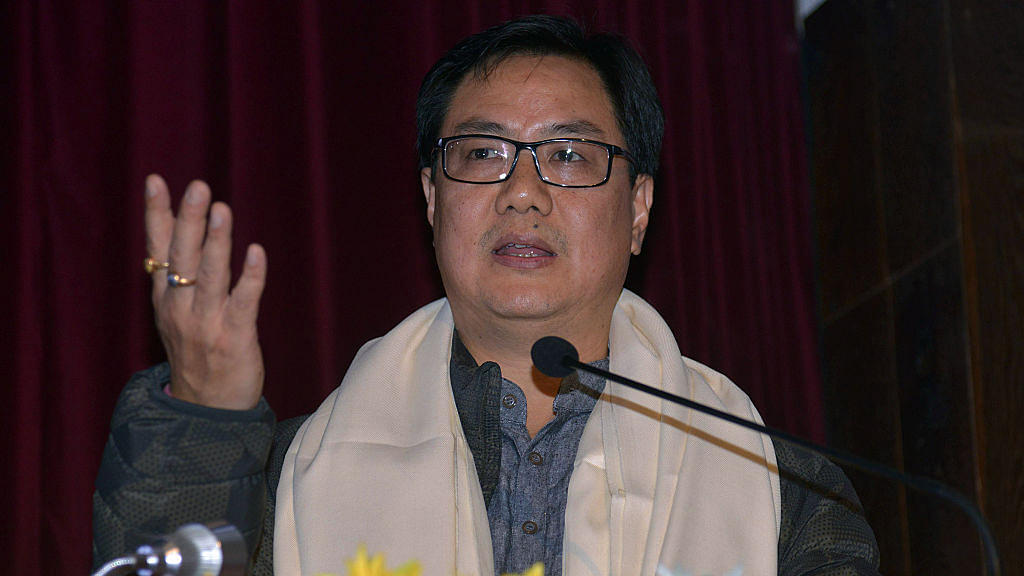 “She has no interest in governance. Her only aim is to torture and threaten her political opponents,” Rijiju, who is on a two-day visit to the state, said. “Our party workers have been conducting peaceful processions on Ram Navami. But the state government has slapped false cases on BJP workers. In fact, the state government is even denying us permission for upcoming Hanuman Jayanti celebrations,” he added.

The police in West Bengal’s Birbhum district, as reported by India Today, is not allowing the BJP to hold a rally on Hanuman Jayanti.

A police case was also filed against West Bengal BJP president Dilip Ghosh for spearheading a Ram Navami rally in his constituency Kharagpur of West Midnapore district. This came hours after Banerjee decried the rallies organised across the state on Ram Navami and threatened to take action against political leaders who were organising rallies on the occasion.

As Banerjee accused BJP leaders of walking with swords in the rallies organised on Ram Navami, Ghosh accused her of indulging in minority appeasement and pointed out that weapons were also displayed during the Muslim procession of Muharram, but no action was taken by the state government.