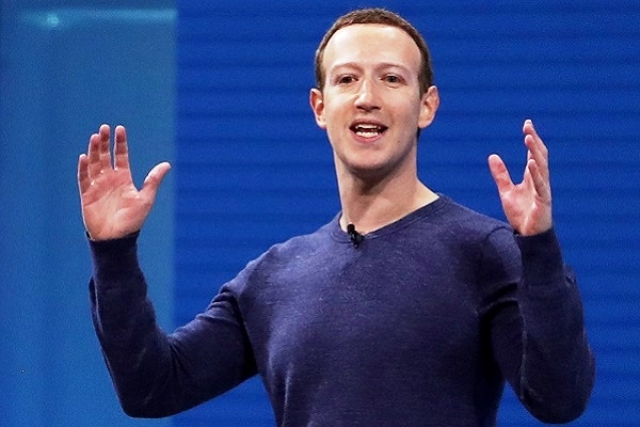 Facebook founder and CEO Mark Zuckerberg told his employees in July that a potential Elizabeth Warren presidency would pose an “existential” threat to the company, according to leaked audio of two internal company meetings published by The Verge.

“If she gets elected president, then I would bet that we will have a legal challenge,” Zuckerberg is heard saying on the tapes. “I don’t want to have a major lawsuit against our own government. I mean, that’s not the position that you want to be in. . . . But look, at the end of the day, if someone’s going to try to threaten something that existential, you go to the mat and you fight.”

Warren, who has seen a dramatic surge in the polls in recent days, has been a vocal critic of big tech behemoths. In March she advocated breaking up Amazon.com Inc, Facebook Inc and Alphabet Inc.

Earlier this year, her campaign released ads criticized tech companies’ “vast power over our economy and our democracy”. The ads were initially censored by Facebook claiming that it violated its advertising policies, but were eventually allowed “in the interest of allowing robust debate.”

Warren took to Twitter to respond to the leaked audio tapes of Facebook’s internal discussion.

In a series of tweets, Warren noted that Facebook has built more market dominance in recent years by acquiring potential competitors WhatsApp and Instagram.

“We need to stop this generation of big tech companies from throwing around their political power to shape the rules in their favor and throwing around their economic power to snuff out or buy up every potential competitor,” Warren wrote, before promising “structural changes to the tech sector to promote more competition” under her administration.

"More than 85% of all social networking traffic goes through sites owned or operated by Facebook," she wrote. "They've got a lot of power-and face little competition or accountability.

We have to fix a corrupt system that lets giant companies like Facebook engage in illegal anticompetitive practices, stomp on consumer privacy rights, and repeatedly fumble their responsibility to protect our democracy. #BreakUpBigTech https://t.co/c0qWuRb9NN

"They've bulldozed competition, used our private information for profit, undermined our democracy, and tilted the playing field against everyone else."

Zuckerberg himself said Facebook is âmore like a government than a traditional company.â Theyâve bulldozed competition, used our private information for profit, undermined our democracy, and tilted the playing field against everyone else. https://t.co/jqQ0iLbfyz

In the audio, Zuckerberg said breaking up big tech companies would make election interference "more likely because now the companies can't coordinate and work together."

The United States Department of Justice (DoJ) recently announced that it will be launching a comprehensive anti-trust review to establish whether the country’s leading technology behemoths are engaging in practices that have reduced competition, stifled innovation and in the process harming consumer interests.

The DoJ is already working with Federal Trade Commission (FTC) in reviewing competitive practices in the tech industry, to identify potential antitrust violations. The FTC is focussed on Amazon.com and Facebook, while the DoJ leads on Apple and Alphabet.

The Federal Trade Commission has slapped a $5 billion penalty on Facebook to settle a probe into the social network’s privacy and data protection lapses. Facebook admitted to sale of user data to Cambridge Analytica during the 2016 campaign.

Several commentators have called for either break-up, or strongly regulate the four corporate oligarchs, who can be collectively grouped under the acronym GAFA – short for Google, Amazon, Facebook and Apple- for monopolistic tendencies.