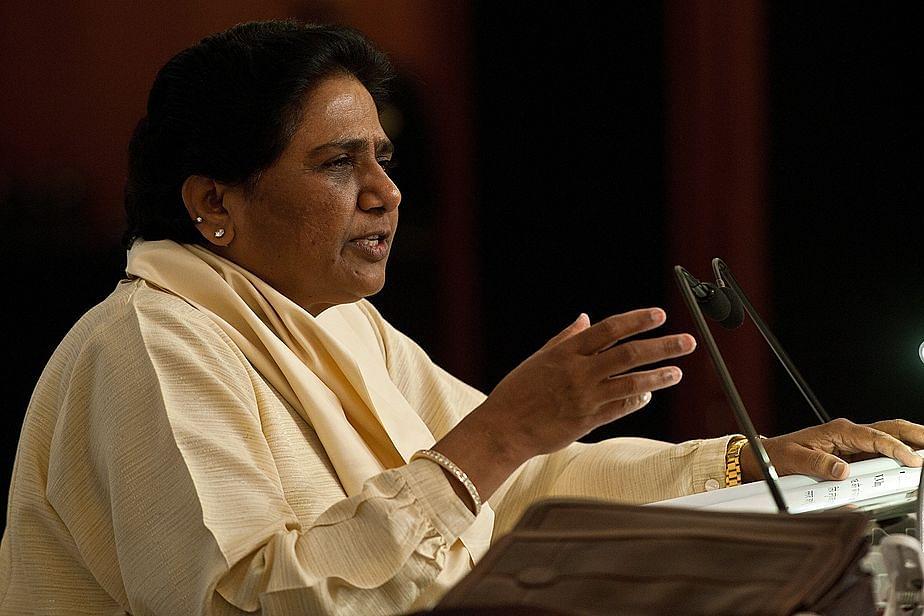 Bahujan Samajwadi Party (BSP) supremo Mayawati could be depending on the tried and tested Dalit-Muslim unity formula вҖ” this time вҖ” for the by-polls being held in western Uttar Pradesh.

BSP is contesting in the by-polls to dent the prospects of Yogi Adityanath-led Bharatiya Janata Party and to wring some control on power out from the Samajwadi Party, the Akhilesh Yadav-led party with which she allied in the 2019 Lok Sabha elections.

For by-polls on four seats (one each in Rampur, Bulandshahar, Firozabad and Amroha) in western UP, she has pushed forward Muslim candidates on three and a Dalit candidate on one, which is a reserved seat, looking at the advantage the region provides: the large presence of Muslim and Dalit voters in the region.

A repeat of this performance in the by-polls in western UP won't hurt BSP's prospect in the state against Adityanath.

Mayawati has been vocal against Adityanath and his policies.

On the other hand, she has been keeping a softer tone for the Bharatiya Janata Party on national issues over the last few months.

Mayawati took to social media to say that she is against the passing of the agriculture bills in the Parliament, which has been done without clearing the doubts of everyone.

BSP's former ally and current rival in Adityanath's opposition, the Samajwadi Party, which is banking on its 2017 performance and the win in the 2018 by-polls for the Lok Sabha, that had stunned the BJP. SP had won three seats: Gorakhpur, Phulpur and Kairana.

Mayawati has been trying to corner Adityanath on caste issues. She has also said that women are not safe in Uttar Pradesh.

Samajwadi Party has also been vocal in criticising Adityanath on caste issues, law and order and the Chief MinisterвҖҷs efforts in combating Covid-19.

The by-polls are being described as a "mini assembly election" by the local media.