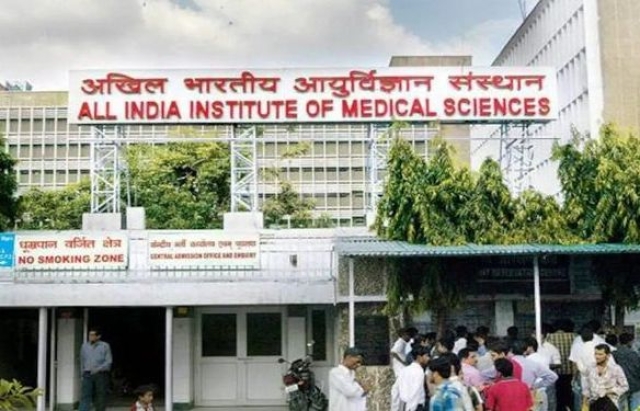 AIIMS Director Dr Randeep Guleria on Saturday (16 January) joined scores of healthcare workers across the country who were administered Covid-19 vaccine shots on the first day of the nationwide vaccination drive.

Dr Guleria said mild infection or adverse reaction after vaccination is a good sign because it shows the immune system of the body is reacting to the vaccine and creating antibodies.

Moments after Prime Minister Narendra Modi launched the vaccination drive across the country, the jab was administered to the AIIMS chief on live telecast. Dr Guleria was the third person to take the shot.

The first jab was administered to a sanitation worker named Manish Kumar, who became the first to be vaccinated at AIIMS in the country.

Union Health Minister Harsh Vardhan and Dr V K Paul, who heads a government panel on vaccine strategy, were also present at AIIMS. Both Dr Paul and Dr Guleria received the Covaxin jab. However, Vardhan was not vaccinated on Saturday. "I will get it when the time will come," said Vardhan.

After a gap of nearly an hour, Dr Guleria appeared before the media to share his personal experience after vaccination. He said he was feeling absolutely fine and he had no adverse reaction even after one-and-a-half hour of receiving the vaccine jab.

He emphasised that there are absolutely no issues associated with the safety of both vaccines -- Covaxin and Covishield - and people should not at all be worried about vaccination. "I have received it and I am doing absolutely fine. I am right before you", said Dr Guleria, speaking to IANS.

Queried on issues about mild infection associated with the vaccine, Dr Guleria said: "Mild infection or adverse reaction after vaccination is a good sign because the immune system of the body is reacting to the vaccine and creating antibodies."

He added that mild fever, body ache or joint pains could occur for a day or two, which will subside automatically, and people are free to contact the helpline where they would get the required assistance. "So, having fever and body ache for a day or two is nothing to be worried about," said Dr Guleria.

When queried on issues associated with mild infection among senior citizens who would receive the vaccine soon, he said: "There is no data to suggest that there is anything to worry about."

On challenges associated with CoWin app, he said the challenge is that the app should be working very well, the data is uploaded on time and crowd management needs to be done. "As we begin to get more and more people for vaccination, the social distancing norms have to be followed," Dr Guleria said.