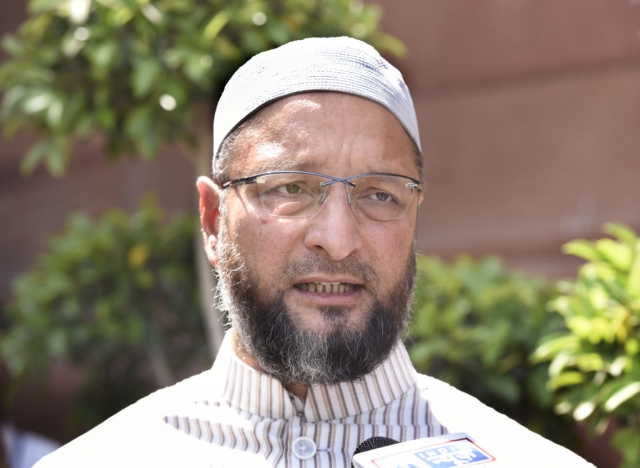 While both the national parties in Karnataka are busy with their temple runs and mutt marathons, the Janata Dal (Secular), which may emerge as the kingmaker should there be a hung assembly, is all set to woo the Muslim voters in the state by joining hands with the mercurial minority leader and All India Majlis e-Ittehadul Muslimeen chief Asaduddin Owaisi.

As reported by Vijayavani, Owaisi announced that his party would field no candidates in the upcoming elections in the state, but instead support the JD(S) for ‘ a non-Congress and non-BJP government in Karnataka’.

MIM party has decided to support JD (S) party in Karnataka Assembly elections @hd_kumaraswamy we want non congress & non BJP govt in Karnataka for a qualitative development .MIM will not be fielding any candidates I will address public meetings support of JD(S) if there is need

Former Karnataka Chief Minister (CM) and Janata Dal (Secular) leader HD Kumaraswamy is said to have received the support of the minority leader on the recommendation of the Telangana Chief Minister K C Chandrashekhar Rao, who also pledged his support to the JD(S). “This has given us an opportunity to instil faith among Muslims,”said the former CM.

“This is an apt response to the Congress that was trying to create confusion among the minorities against the JD(S),” added Kumaraswamy who also tweeted thanking Owaaisi for his ‘unconditional support’.

Dear @asadowaisi Ji we are greatful to you for extending your support to JDS. Yes indeed both the national parties have failed to represent the real cause of people. Karnataka will be a starting point to give a new political alternative to the nation.#KarnatakaElection2018

Leader of opposition Jagadeesh Shettar insinuated saying “a party which calls itself secular is receiving the support of communal forces”.

“Owaisi is not a person who shows disrespect towards Hindus. He is someone who doesn’t refrain from revolt when there is injustice towards minorities,” he said.