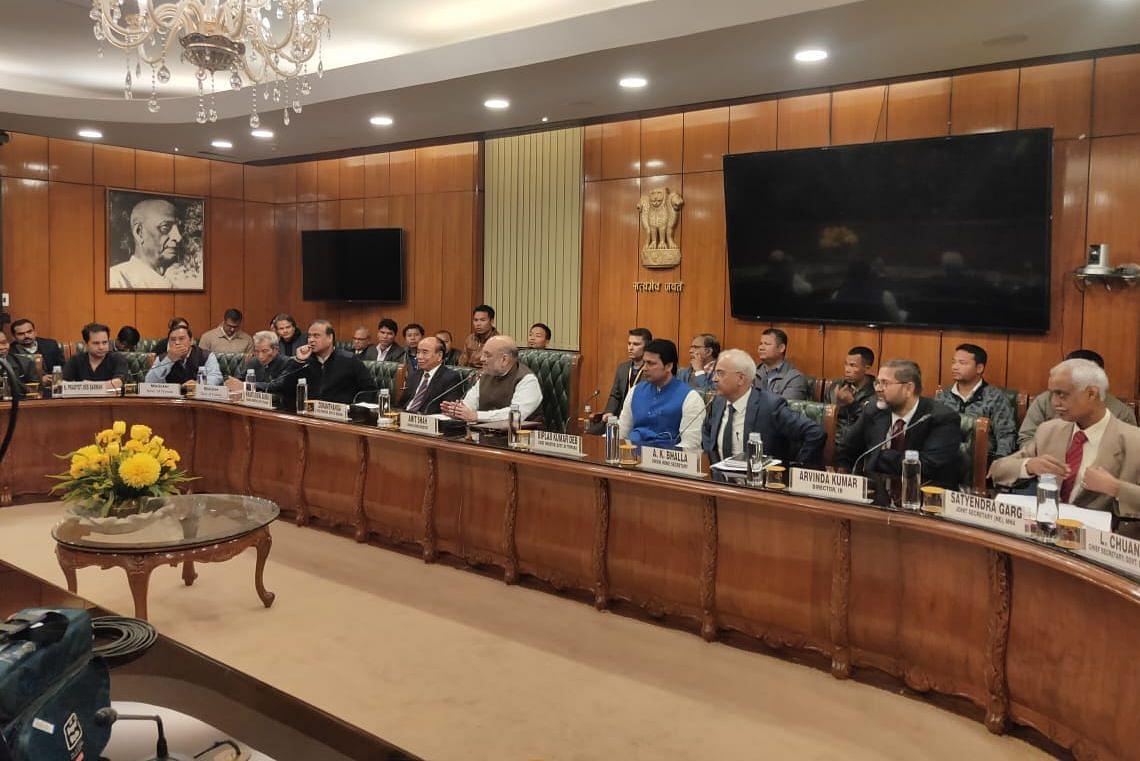 An agreement to end the 22-year-old Bru refugee crisis was signed on Thursday (16 January) to settle over 30,000 people belonging to 5,300 families of the community in Tripura where they migrated in 1997 from Mizoram following a tribal unrest.

The agreement to settle the Bru tribals, called Reangs in Tripura, in Tripura was signed among chief secretaries of Mizoram, Tripura and representatives of Bru tribes in the Ministry of Home Affairs' North Block office in the presence of Union Home Minister Amit Shah.

The Bru tribals would now be included in Tripura's voter list as per the agreement. The Centre has announced a package of Rs 600 crore for the settlement of the tribes in Tripura. Of the package, Rs 150 lakh will be given to Tripura government for the land acquisition and the rest of the money will be spent for the welfare of the tribe.

Following the agreement, the Home Minister informed media in a briefing that Bru refugees will get a 40-by-30-ft plot along with a fixed deposit of Rs 4 lakh for two years, cash assistance of Rs 5,000 per month for two years and free ration.

Shah said that Mizoram and Tripura governments will work towards the development of Bru families.

The Minister declared that an amount of Rs 1.5 lakh will be provided to each family of the Bru refugees to help them in constructing their own houses and that the amount will be disbursed under Pradhan Mantri Gramin Awaas Yojana (PMAY).

According to an agreement between Mizoram and Tripura government in 2018, the Bru tribals had to settle in Mizoram, but only 327 family went in two years as nobody was interested to go to Mizoram.

Brus, a predominantly Hindu tribe also known as Reangs, were pushed out of their homes in Mizoram to refugee camps in Tripura in 1997 after the outbreak of ethnic violence.

Being an ethnic and religious minority, the Brus have been looked on as ‘outsiders’ in the state of Mizoram, where the largely Christian Mizos dominate. In the 1997 flare-up of large-scale violence against them, thousands of Bru homes were burnt, and a number of them were also killed and raped. The horrific episode of violence forced tens of thousands of them to flee to safety in neighbouring Tripura, where many still reside in refugee camps.

In January 2017, an organisation called the Bru Hindu Joint Coordination Committee had written to the Union Home Ministry to “safeguard the Hindu religion or indigenous faith of the Bru community in Mizoram.”