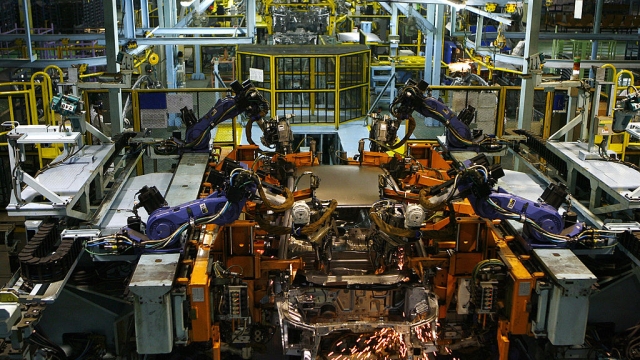 IMF Sees India Growth Rate At 8 Per Cent In Few Years: The International Monetary Fund (IMF) said in its annual report that demonetisation would have only short term impact on India’s economy and it would bounce back to its expected growth of more than eight per cent in the next few years. It added that India’s growth is projected to slow to 6.6 per cent in 2016-17 fiscal due to “temporary disruptions” caused by demonetisation.

Modi Says Efficient Governance Can Ease Burden On Judiciary: Efficient governance can lessen the burden of judiciary and the government is in the process of cleaning the system, Prime Minister Narendra Modi said on Wednesday. “And when I say efficient governance, then I see the link from the drafting of the law to its implementing authority,” he said. The Prime Minister appreciated Chief Justice of India J S Khehar for his “quick decisions” saying he was liking it.

Railways Watchdog On Way: India could soon have a railways watchdog that will be responsible for fixing passenger fares and freight charges, among many other things. The government is likely to adopt the legislative route to set up an independent Rail Development Authority (RDA). Although the Indian Railways wanted RDA to be set up through an executive order, the NITI Aayog had pitched for legislative route to ensure independence of the authority.

Violent Clashes Rock Delhi University: Delhi University's North Campus witnessed a string of violent clashes on Wednesday between two groups. At least 30 people, including a professor and 10 policemen, were injured. Eighty students were detained briefly. Journalists covering Wednesday's clashes outside Ramjas College were slapped, punched and kicked by about a dozen policemen.

Ola-Uber Drivers Begin Bengaluru Strike: Demanding better incentives and stopping attachment of new taxis, more than one lakh drivers attached to two cab aggregators began an indefinite strike in Bengaluru on Wednesday. The drivers’ association said the decision was taken at a meeting after talks with the state transport commissioner and aggregators failed last night.

Major Snapdeal Sackings: Snapdeal will lay off around 600 people across its e-commerce, logistics and payments operations over the next few days. Its co-founders Kunal Bahl and Rohit Bansal have taken a 100 per cent salary cut, while many others at the firm have “proactively” offered significant reduction in compensation. The co-founders admitted that they took several wrong decisions over the past two-three years amid a funding frenzy and that it was time to course-correct.

The Great Millionaire Exodus: According to a report by New World Wealth, India is among the top five countries, which saw the maximum number of millionaire outflows. As many as 6,000 ultra-rich people have shifted overseas in 2016, 50 per cent more than the previous year. Around 6,000 uber-rich Indians have changed their domicile in 2016, while in 2015 as many as 4,000 millionaires had shifted base.

Deportation Risk For 300,000 Indian-Americans: More than 300,000 Indian-Americans are likely to be impacted by US President Donald Trump administration’s sweeping plans that put the nation’s 11 million undocumented immigrants at risk of deportation. The Department of Homeland Security said in an enforcement memo that it no longer will exempt classes or categories of removable aliens from potential enforcement.

Seven Earth-Size Planets Discovered: For the first time ever, astronomers have discovered seven Earth-size planets orbiting a nearby star – and these new worlds could hold life. This cluster of planets is less than 40 light-years away in the constellation Aquarius, according to NASA and the Belgian-led research team who announced the discovery on Wednesday. The planets circle tightly around a dim dwarf star called Trappist-1, barely the size of Jupiter.

Free Trade Is Good, For The Poor Too: Protectionist measures should be avoided or limited to exceptional situations only. Trade has a pro-poor bias, and any barriers to trade can quickly degenerate into barriers to reducing poverty.

The Giddy Tournaments Of Capitalism: In the UP election, political parties, seemingly oblivious of the decree of demonetisation, are engaged in a bonanza of spending. While the masses are kept opiated by the giddy tournaments of capitalism, a few make off with the spoils.

Reaching For The Stars: Last week, ISRO launched a record 104 satellites on a single launch vehicle. The bar will be raised further when India fires its most powerful rocket ever, the GSLV Mark-III.

One Can Hope That Sasikala’s Prison Stint Will Help Her Hold A Candle To Both Her Benefactor As Well As Feminism: Whether we like it or not, Sasikala is the latest feminist hero we must reluctantly accept into the Indian political hall of fame.

Donald Trump, The Reluctant Multilateralist: The evolution of US President Donald Trump’s position on Nato suggests that he may yet see merit to working through multilateral organisations. The question is whether what is true for Nato is also true for the IMF, World Bank and WTO.

There Is More Than One Version To The Story Of Christianity In Northeast: Without the empire building of the British, the Nagas may not have become Christians, but it is not certain that they would have become Indians either.