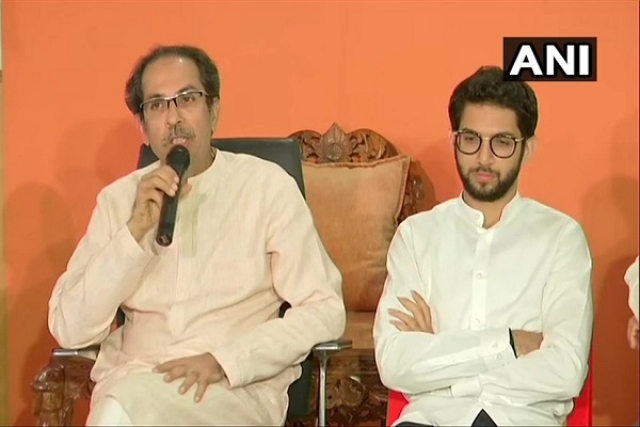 A prominent Twitter user Sameet Thakkar has been booked under the charges of obscenity and defamation after he called Maharashtra Chief Minister Uddhav Thackeray - Aurangzeb and his son and fellow minister Aditya Thackeray as "baby penguin".

As per a Free Press Journal report, the complaint was made by a Mumbai resident known Dharmendra Mishra who calls himself the legal head of Yuva Sena and is also a legal consultant for Shiv Sena.

This is the purported tweet which led to a complaint against Thakkar.

Meet the Muhammad Azam Shah of Maharashtra aka baby Penguin aka @AUThackeray son of Modern day Aurangzeb @OfficeofUT who insults Hindu Dharma in Pandharpur by leaving Pooja Darshana half this same man have faith and time for Dargha Visit & for date with @DishPatani #Shame pic.twitter.com/E99ufmwL9y

It has been speculated that Aditya Thackeray received the nickname "penguin" over Shiv Sena's decision to force the BMC to import penguins for display at the Byculla Zoo despite strong objection by experts. This was dubbed as a pet project of Uddhav and his son Aditya Thackeray.

Thakkar now in response to the FIR said that, "I have just used strong language which is not unconstitutional in any manner. If my posts were abusive why has Twitter not taken them down? I just used my democratic rights to criticise the government. When VP Road police officers contacted me I told them that I would be able to visit the police station later as the lockdown is in effect and I sent my statement to the commissioner of police and DCP through email".

Thakkar has refused to back down despite the FIR and has doubled down over his comparison of Uddhav Thackeray with Aurangzeb.

It should be noted that Thakkar has been regularly targeted in the past by the supporters of the Shiv Sena led Maharashtra government. As per Thakkar, at least 11 FIRs have been lodged against him and two court cases are in progress.