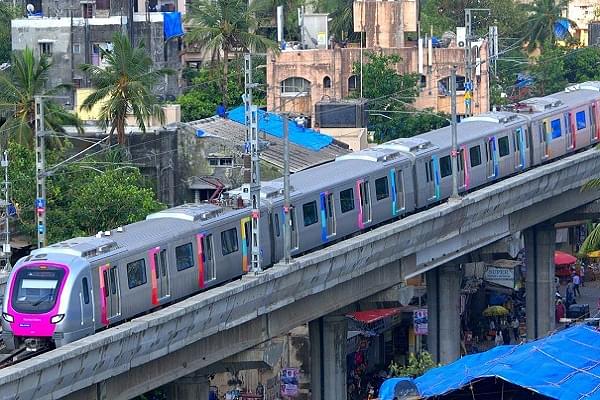 A view of Mumbai Metro (World of India/Facebook)

Differences over cost-sharing for the metro 11 project planned as an extension of Metro 4 from Wadala to GPO south can cause a delay, Times of India has reported. The Mumbai Port Trust (MbPT) prefers an underground metro line. It has requested for this option as it does not want to part with its land.

MbPT chairman Sanjay Bhatia told Times of India that the two bodies would find a way out, but the line will have to go underground. He added the port trust has plans to develop its land as a recreation spot. Mr Bhatia said that MbPT has no spare funds and MMRDA has to wait if it wants the extra cost to be paid for the metro line.

The port trust has 390 acres of land in its possession. It has allocated 75 per cent of the land for open spaces and streets.