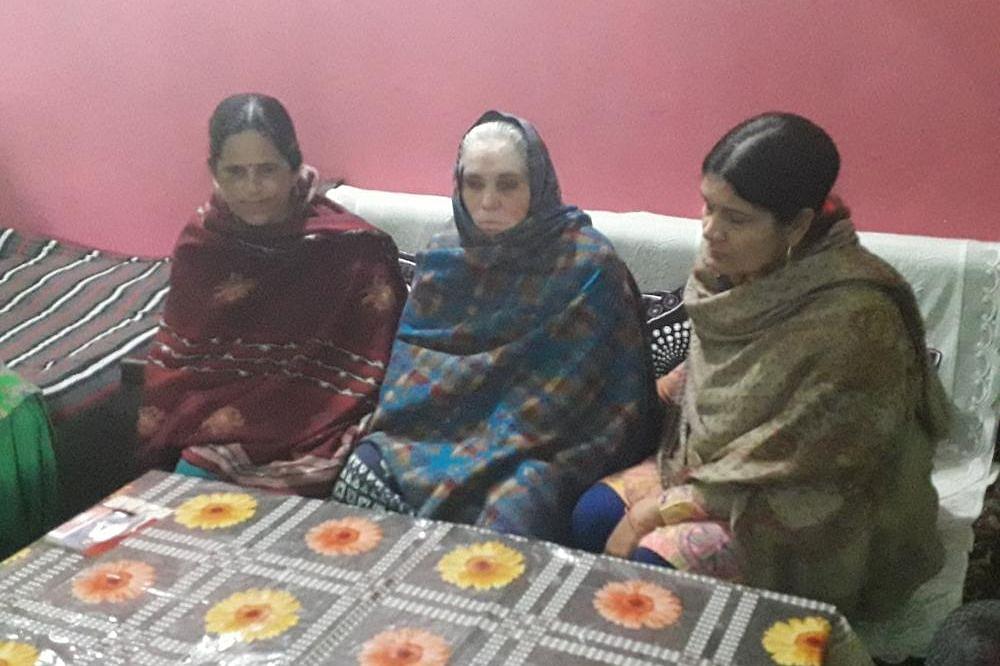 “We lost everything. No reason for happiness, only justice may provide relief”. Sachin and Gaurav, the murdered cousins’ family after hearing the judgment (Source: @PoojaShali/Twitter)

A trial court in Muzaffarnagar yesterday (Friday, 8 February 2019) sentenced the seven persons charged with the murder of cousin brothers Gaurav and Sachin, residents of Malikpura village, in the town of Kawal on 27 August 2013.

Gaurav Singh and Sachin Singh were the relatives of a girl from the Hindu Jat community who was allegedly harassed in an eve-teasing incident by a Muslim youth in Kawal village. Their murder sparked off large-scale incidents of communal violence culminating in Muzaffarnagar riots which saw the deaths of 62 people while another 50,000 had been displaced from their homes.

All seven convicts, Muzammil, Mujassim, Furkan, Nadeem, Janangir, Afzal and Ikbal, were awarded life sentence along with fine of Rs two lakh each. In all 80 per cent of the total fine will be given to the families of deceased.

According to DGC (criminal) Rajeev Sharma and senior lawyer Anil Jindal, the court also sentenced the seven to 2, 3 and 5 years’ imprisonment for rioting, rioting with deadly weapon, and criminal intimidation, respectively, along with fines of Rs 2000, Rs 3000 and Rs 5000 under sections 147, 148 and 506 of IPC.

The other two convicts Iqbal and Afzal however were later summoned by the court when their names came to light during the hearing of the case.

Another accused Shahnawaz whose name was in the initial FIR filed by Gaurav’s father had been killed in the retaliatory violence.

A counter-FIR had also been lodged by Shanawaz’s father Salim alleging the involvement of the families of Gaurav and Sachin in his son’s murder. However, the Special Investigation Team (SIT) probing the matter had given the six accused persons a clean chit in the matter and had issued a closure report.

The counsel for the accused had promised to take the matter to the higher authority. “Though my clients have been held guilty and the punishment will be announced on Friday, but we will challenge the verdict in the Allahabad High Court and will continue to pursue the case till my clients come clean out of the court,” stated the lawyer of the accused Naseer Ali.

Gaurav’s father expressed satisfaction over the decision of the court.