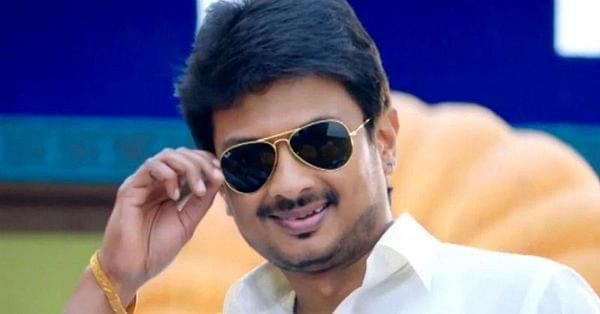 Udayanidhi Stalin, the son of DMK Chief M K Stalin and grandson of late Tamil Nadu chief minister M Karunanidhi, has been touring various districts of Tamil Nadu as part of the party’s campaign outreach initiative. DMK cadres are organising a series of gram sabha meetings, where the young DMK scion is seen taking centre stage and listening to grievances of the public.

Udayanidhi, who is also an actor-director in the Tamil movie industry, does not hold any official position in the party structure but it is pretty obvious that the party’s high command (read M K Stalin) wants to catapult Udhayanidhi as the future leader of the party.

Udayanidhi, who introduces himself in public meetings as the ‘son of DMK chief M K Stalin’ and ‘grandson of late M Karunanidhi’, claims that he is attending the sabha to listen to people’s grievances, which, he said, would be redressed ‘as soon as his father ascends to power.

Udayanidhi recently made a foray into Theni district, regarded as the stronghold of the AIADMK.

In a gram sabha meeting organised in Mudivaithanendal , a village panchayat located in Tuticorin district, Udayanidhi faced some hostile questions including the reluctance of DMK to endorse the demand of Devendra Kulla Vellallar. The community is making an unprecedented demand that they be reclassified as backward caste. The community is currently classified as Scheduled Caste.

A few participants pointed to Udayanidhi out that DMK leaders did not participate in ‘Devendrar Jayanti’ that is held to commemorate Immanuel Sekaran, a leader of community who worked to improve education, rights and representation of the Devendrakula vellalar caste.

During the meeting, a 11-year-old girl told Udayanidhi “During the last time when DMK ruled, you gave us free TV. But we are not able to watch TV as set-top box prices are expensive”. The DMK youth leader said that “Yes my grandpa gave free TV. Please vote and bring back my father to power. We will distribute free set-top boxes.”

The colour TV freebie is widely credited, among other factors, for DMK-Congress alliance winning the 2006 state assembly elections. After regaining power in 2011, Jayalalithaa government scrapped the pet scheme of the Karunanidhi regime.

Jayalalithaa also claimed that free colour TV scheme boosted the fortunes of the cable distribution business controlled by (Karunanidhi's grandnephews) Kalanidhi and Dayanidhi Maran (who own Sumangali Cable Vision) and (Karunanidhi's grandson) Durai Dayanithi, to the tune of Rs 4,000 crore.