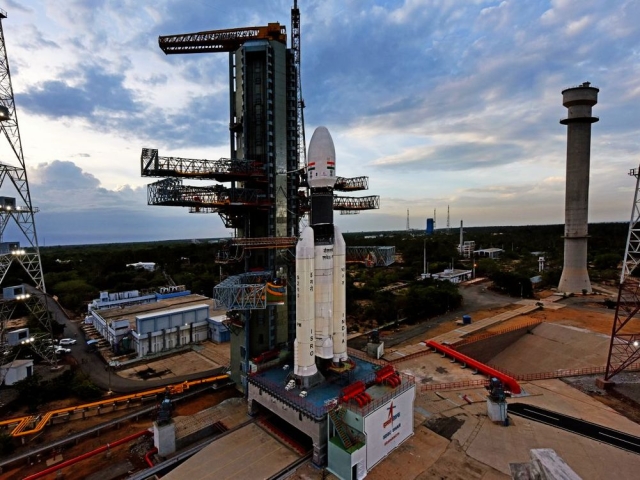 The Chandrayaan 2 atop the GSLV-MKIII launch vehicle. (PTI)

After the historic launch of the Indian Space Research Organisation (ISRO)'s Chandrayaan-2 mission aboard India's heaviest and most powerful rocket ever built, the GSLV Mark-III, the Indian space agency welcomed congratulatory message from its counterpart from the United States, NASA, reports Indian Express.

The American space agency took to its official Twitter account to congratulate ISRO over the unprecedented achievement. NASA also added in its tweet that it looks forward to learning about Chandrayaan-2's findings from the lunar South Pole where NASA plans to send astronauts in a few years.

Congrats to @ISRO on the launch of Chandrayaan 2, a mission to study the Moon. We're proud to support your mission comms using our Deep Space Network and look forward to what you learn about the lunar South pole where we will send astronauts on our #Artemis mission in a few years pic.twitter.com/dOcWBX3kOE

It should be noted that India's Chandrayaan-II will be the first spacecraft in the world to land near the South Pole of the moon, an area which remains unexplored to date, given all the previous 28 landings on the moon have taken place in the equatorial region.

Meanwhile, NASA is presently working on a programme titled Artemis, under which the United States intends to send humans back to the moon, including the first woman to land on the moon by 2025.