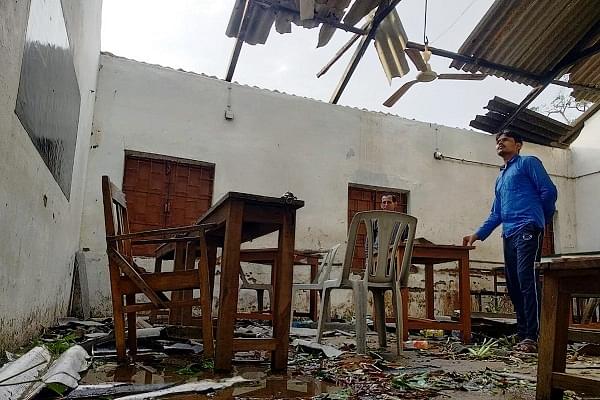 “At the outset, I would like to thank the Union Government for the support rendered to the state of Odisha to effectively manage the Extremely Severe Cyclone ‘Fani’ and its aftermath,” reads the letter written by Odisha CM Patnaik to PM Modi.

Patnaik said that people in the affected districts of state has gone through immense hardships but loss of shelter has been “a devastating experience for them”. According to preliminary estimation, about five lakh houses have been completely or substantially damaged across 14 districts with major losses occurring in Puri district, he said.

The Odisha CM said that the Prime Minister has himself witnessed the damage in the cyclone affected areas during his visit on 6 May.

“I would request you (Prime Minister) to kindly consider sanctioning 5 lakh PMAY (G) houses initially for the state of Odisha,” Patnaik said.

The Odisha CM said that anticipating approval of the state’s proposal by the union government, the state government is issuing work orders for construction of pucca houses to provide relief to the people as the rainy season is approaching fast.