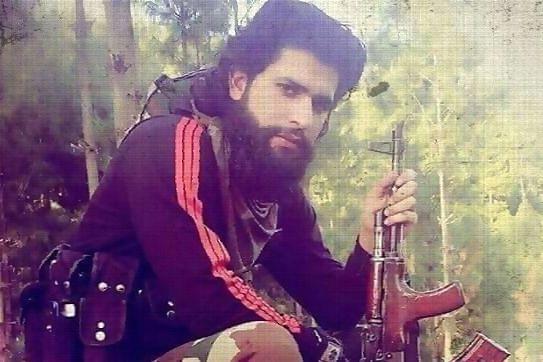 After Killing of Zakir Musa in an encounter with security forces, Al-Qaeda’s affiliate in Jammu and Kashmir, Ansar Ghazwat-ul-Hind (AGH) has announced 30-year-old Hameed Lelhari as Zakir’s successor and the outfit’s new chief, reports Times of India.

According to the report, in a video released on Wednesday (5 June) by al-Hurr (AGH’s official media wing), AGH spokesperson Abu Ubaidah Hafizahullah said that Lelhari alias Haroon Abbas has replaced Musa while Ghazi Ibrahim Khalid has been appointed as his deputy.

The officials of the Jammu and Kashmir police have reportedly confirmed the veracity of the claim in the video. “Lelhari has taken over AGH but he is hardly a top terrorist,” an officer was quoted in the report as saying.

However, the police in Kashmir was clueless about his deputy Ghazi Ibrahim Khalid’s identity and background.

The security forces had killed Zakir Musa, who headed the AGH, on 23 May. Lelhari served as Musa’s deputy after he and around a dozen terrorists split from Hizbul Mujahideen and swore allegiance to al-Qaeda in July 2017.