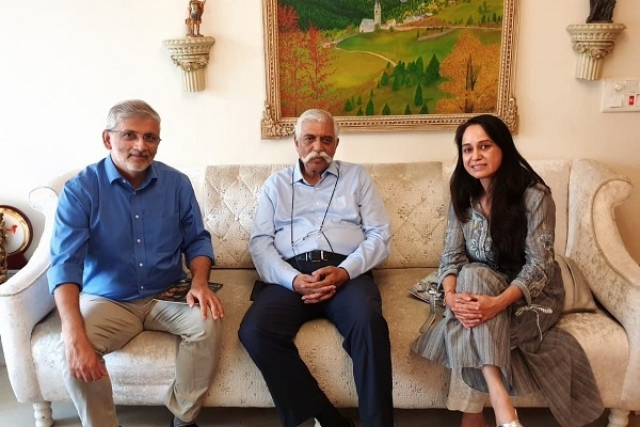 Premium Indian Airline Vistara which was in the eye of the storm for its controversial treatment of decorated army officer and retired major general G D Bakshi appeared to have rectified its mistakes.

The episode began on Friday (19 April) when it posted a tweet expressing delight over having general Bakshi on board.

However, some Indian ‘liberals’ and journalists condemned the tweet and even went to the extent to vow that they would never fly the airline again.

While the overwhelming majority of social media users praised the airline for its gesture, it appeared to have buckled under the pressure exerted by the aforementioned forces and deleted the tweet.

This angered many Indians who accused Vistara of disrespecting a war hero. Things turned uglier later when Vistara came up with a statement ‘explaining’ its decision which resulted in further criticism of the airline.

The airline later went into damage control mode and sent two of its senior executives to general Bakshi’s home for personally apologising to him about the episode.

The airline then made another gesture of tweeting a warm thank you to general for his understanding and warmth. It also added that it looks forward to having him on board.

@GeneralBakshi, it was an honour meeting you at your home yesterday. Thank you for your gracious understanding, warmth, and hospitality. We look forward to the pleasure of welcoming you on board again soon! pic.twitter.com/WMuvmx0qo7

This was praised by many social media users who concluded that the airline had ultimately chosen not to be bullied by the so-called ‘liberals’.