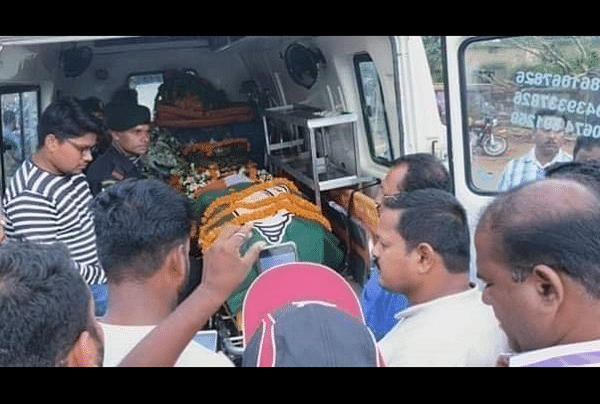 The Biju Janata Dal (BJD) received major flak on Saturday (22 June), after the coffin of Army Jawan Ajit Kumar Sahoo of the 44 Rashtriya Rifles, martyred in an improvised explosive device blast in Jammu and Kashmir’s Pulwama district was draped in the BJD flag instead of the Indian national flag, reports The Hindu.

The Bharatiya Janata Party (BJP)'s Ex-Servicemen Cell State President for Odisha, Colonel BK Bastia demanded an unconditional apology from the Chief Minister (CM) and BJD supremo, Naveen Patnaik. He underscored that the action had hurt the sentiments of the family as well as the Armed Forces.

Colonel Bastia was seconded by BJP vice president Baijayant 'Jay' Panda who criticised the BJD for politicising the death of an Indian soldier by draping his coffin with its party flag instead of the Tricolour.

Meanwhile, distancing itself from the gaffe, BJD spokesperson Sasmit Patra said, "Whoever will be found guilt will be taken to task".