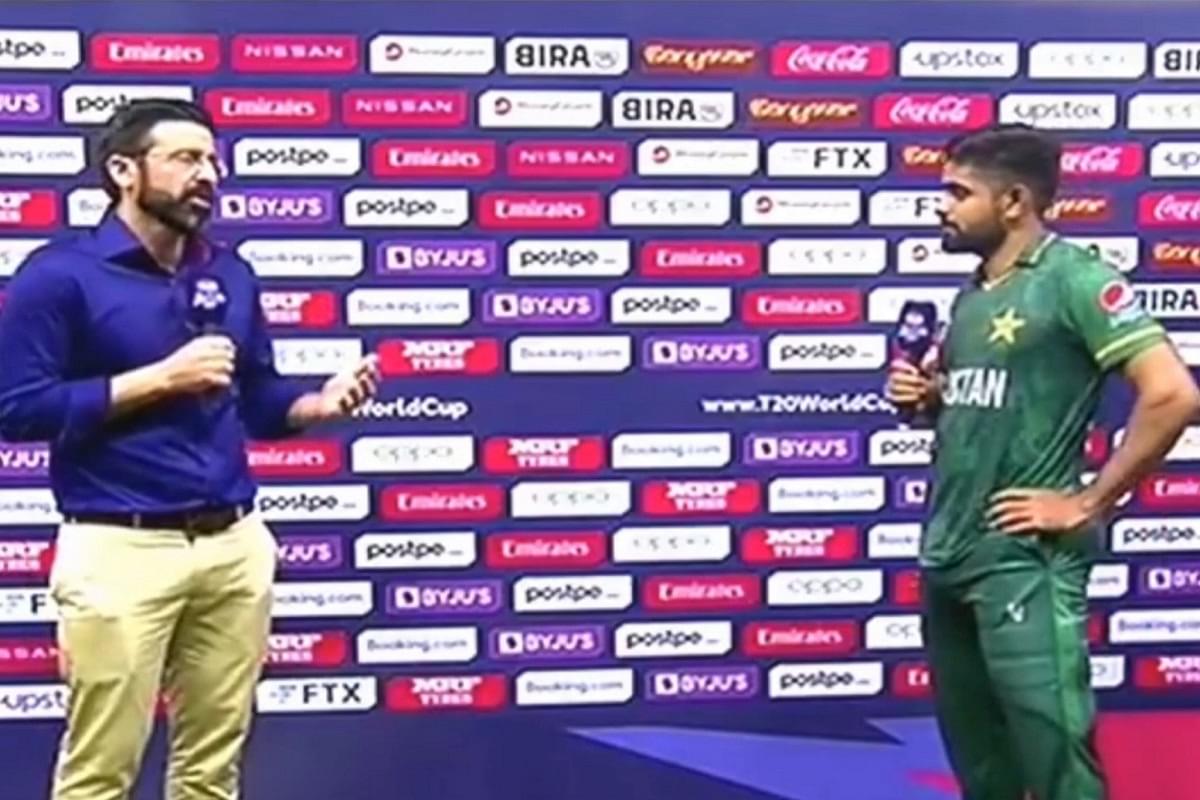 Azam speaking after winning the match against India.

Top Pakistani politicians and sports commentators have described it as a victory of the “Islamic world”.

Shortly after the match, Pakistani team captain Babar Azam gave a brief on-stage interview to Bazid Khan, former Pakistani cricketer and an official commentator for the World Cup 2021 picked up by the International Cricket Council.

“Kufr” by definition means to disagree, to reject or not accept any of the commands by Allah and by Muhammad, which Muslims belief is Allah’s last messenger on earth.

“Kufr tootna” means that the faith of a non-Muslim — an ‘infidel’ — has been destroyed. It’s one of the many phrases and metaphors common in the Pakistani lingo that makes religious jibes at non-Muslims, particularly “idol-worshippers” from Jain, Buddhist and Hindu faiths.

Bazid’s statement has been slammed by many Indian Twitter users for its “hate slur”.