On The Verge Of Being Declared Drought-Ridden, North Karnataka Sees Monsoon Revival 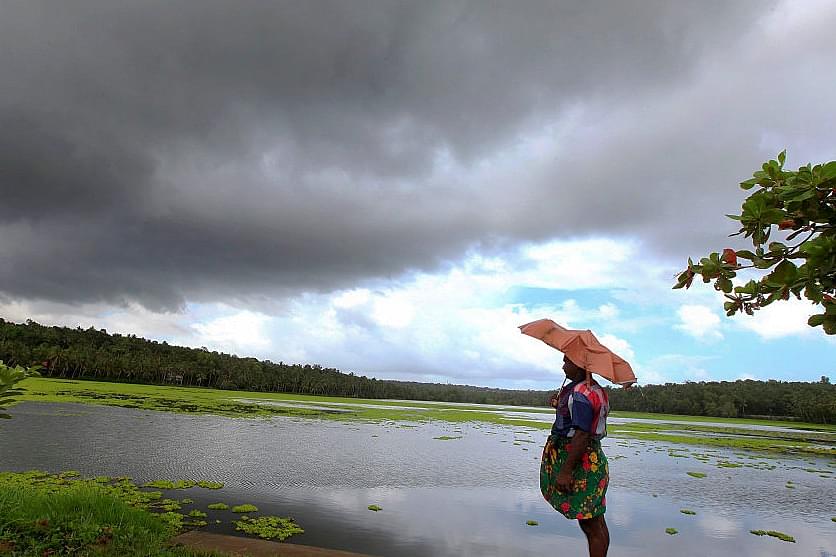 Monsoon has revived in the north Karnataka over the weekend after deficient rainfall in the first week of August, Deccan Herald has reported. Uttara Kannada, Haveri, Vijayapura, Gadag, Dharwad and Bagalkot have received good rainfall. In some places of Gadag, 10 hours of rainfall was reported.

The rains led to historical structures including Purandara Mantap, Salu Mantap, Koti Linga, Vedic mantap in Hampi getting partly submerged as 79,000 cusecs of water were released from the Tungabhadra dam.

Following deficient rain, Karnataka’s authorities were planning to declare 84 taluks and 13 districts as drought affected earlier in the month. In the first week of August, Karnataka has recorded a rainfall of 21 mm, much less than the average of 58 mm, a fall of 64 per cent. The data for these 13 districts had indicated that they have received deficient rainfall between 1 June and 5 August.

Good rainfall received in the region is likely to bring cheer to farmers and avert fears of a drought in the northern part of Karnataka. Another spell of drought could have led to widespread farmer distress in the region. In July, Karnataka government had announced a Rs 34,000 crore debt waiver to relieve the farmers in the state.